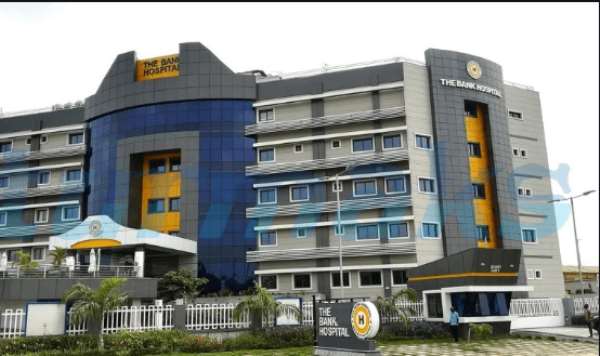 Semblance of discrimination, elitism, and effort to create class society was subtly relayed to the people of Ghana on Wednesday, April 1, 2020.

The Minister of Health, Hon Kwaku Agyeman-Manu announced that the Bank of Ghana has placed part of their newly built medical facility at the disposal of the Ministry for exclusive use by VIPs and staff of the Bank of Ghana. The facility, among other newly built medical centers inherited from the previous regime, remained shut against persistent cry by citizens to open them for public use.

A lame press release by Bank of Ghana was issued later in an attempt to explain the Minister, ostensibly to save face, following public backlash circulating in social media and other platforms against the Minister’s model of operation.

The NDC Proforum-USA views the development as ridiculous and insulting to public intelligence for other government officials to explain it away as mere misspeaking. Clearly, the announcement by the Minister was calculated to shamelessly set aside the prestigious facility for exclusive use by the political class and the well-connected in society, who would otherwise be flying abroad for healthcare needs but for the Coronavirus pandemic that makes it impossible at the time.

Government excuses over the last couple of years for continuous closure of these hospitals have been exposed as nothing but political vendetta against former President John Mahama. It could be recalled that this same Minister lied to Ghanaians about unavailability of generators as reason for non-operation of the University of Ghana Medical Center. How can we trust these officials in government, and take them at their words?

It is sickening to subject the vulnerable and underprivileged in society in this manner, denying them use of infrastructure built out of their own taxes. Meanwhile, same wicked political class who are living large on taxpayers’ sweat would wickedly deny citizenry their legitimate right to health and other social services.

It is a shame and a wakeup call to Ghanaians to know who to entrust their welfare to. We cannot entertain this ‘animal farm’ regime. A word to the wise is enough.

The leadership of the Proforum-USA urges all Ghanaians back home to follow the prescribed precautionary measures to avoid falling victim to discrimination in the event of contracting the novel coronavirus.