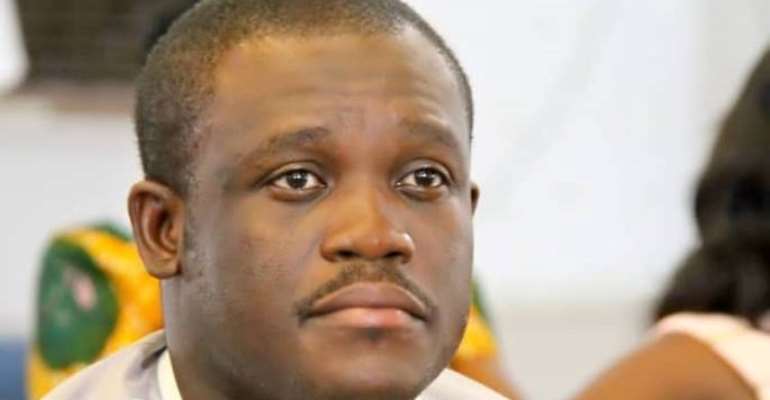 The Member of Parliament for Ningo-Prampram, Samuel Nartey George has boycotted sittings in the House over non-COVID-19 deliberations.

In a letter to the Speaker of Parliament, Prof. Mike Oquaye, the Ningo-Prampram legislator said he was of the view that the House has failed to live up to expectation in times like this.

“It is my considered belief Rt. Hon Speaker that, the august House of Parliament is failing to exercise its truly intended mandate in crisis times like this. I hold the strongest conviction that we are pandering whilst the flames that may engulf the state are being stoked.”

Sam George also added that for the past two weeks, the House has met to deliberate on the Imposition of Restrictions Bill and the approval of some loans which does not directly deal with the fight against the coronavirus pandemic.

“In the past two weeks, the House has met and deliberated on several issues. Top among them is the Imposition of Restrictions Bill 2020 and the granting and approvals of a number of commercial loan agreements. None of these deals with the coronavirus pandemic directly,” he said.

He further indicated, among other things, that the refusal of the Speaker to order all Members who have returned from foreign travels to be tested, and replace the existing sanitizer dispensing devices in the House with sensor-enabled ones such that no one would have to touch them were part of issues that informed his decision.

He also stated that the call by the Speaker for a new Chamber which was big enough to support social distancing was misplaced.

He said that the Speaker should have rather called for a digitized Chamber such that MPs could still hold sittings from their various locations.

Sam George thus said as a result of the reasons he had highlighted, he would be excusing himself from parliamentary sittings until the House decides to deliberate on issues that are directly COVID-19 related. 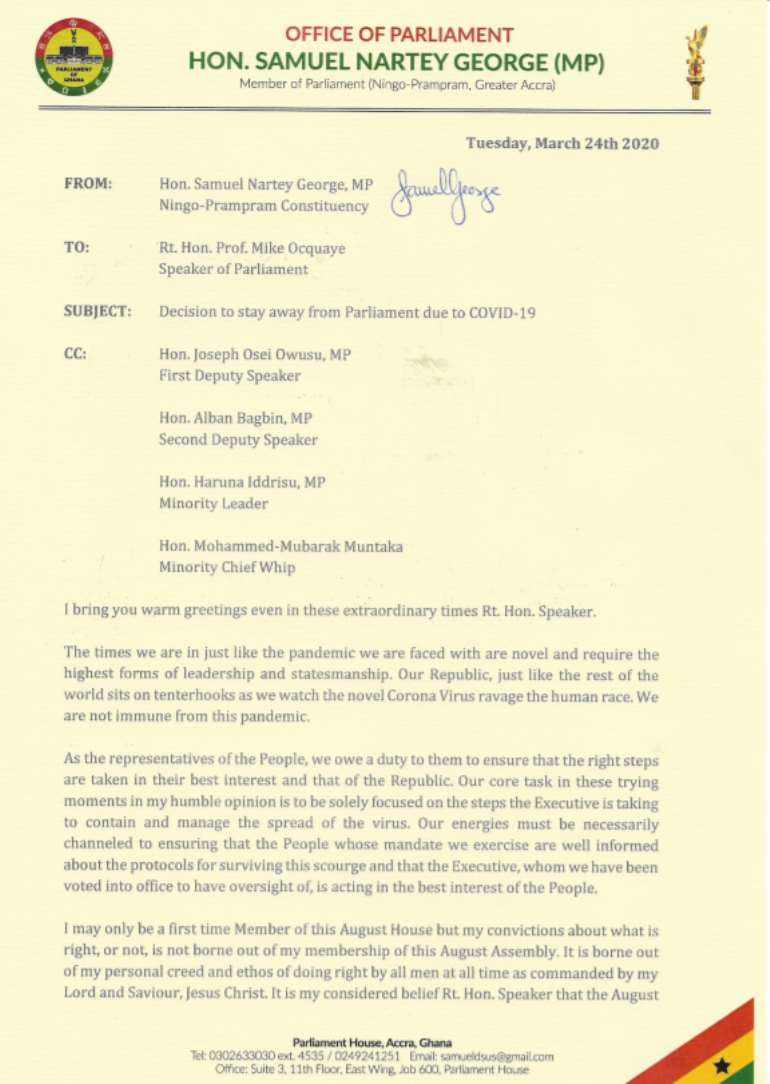 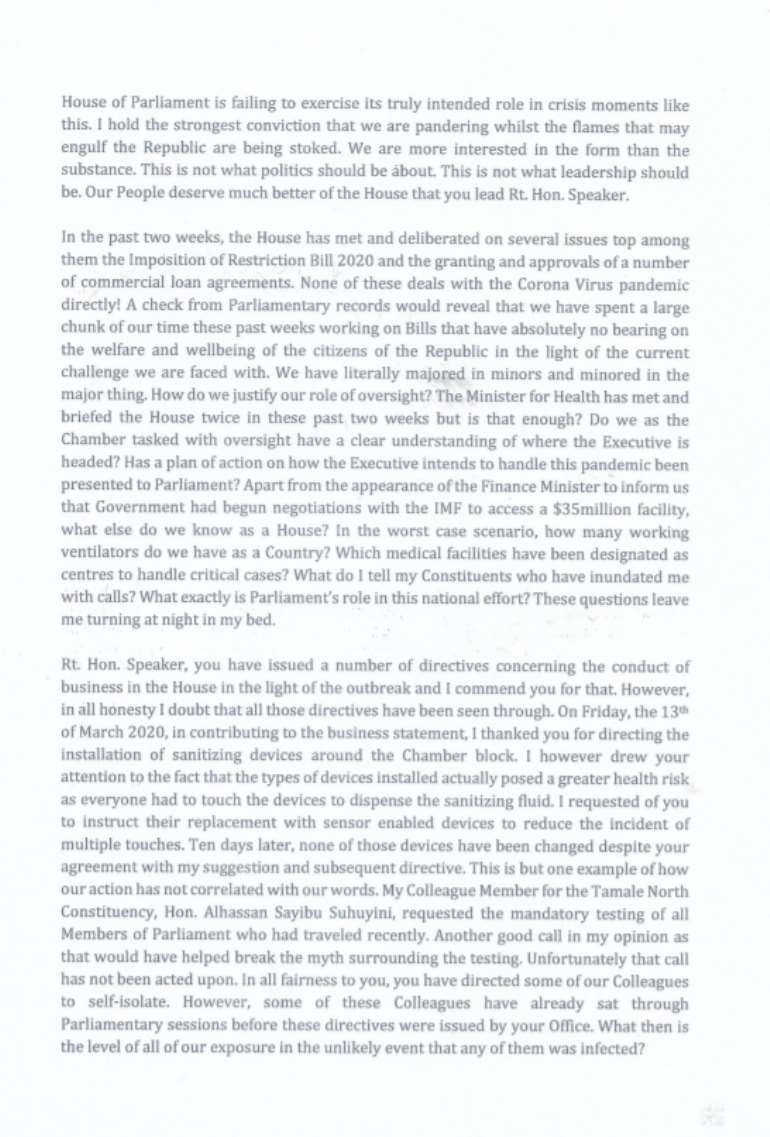 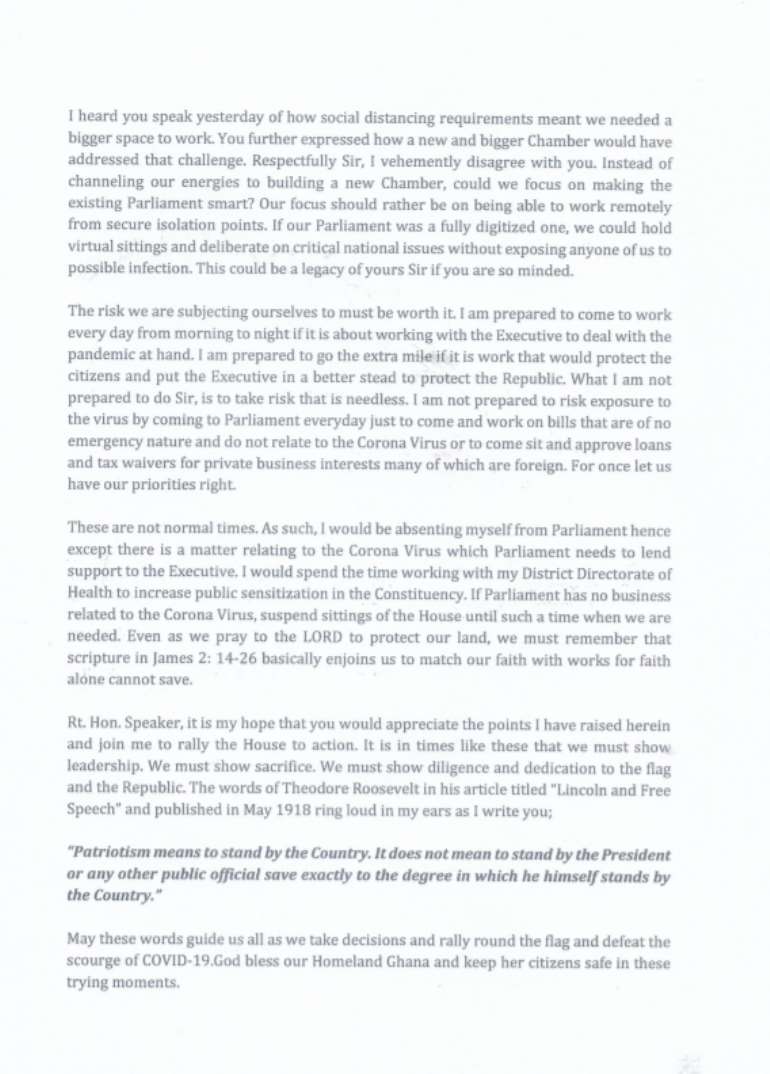