Millions of Kenyans go hungry every day. Why, and what can be done

By Eunice Njogu - The Conversation 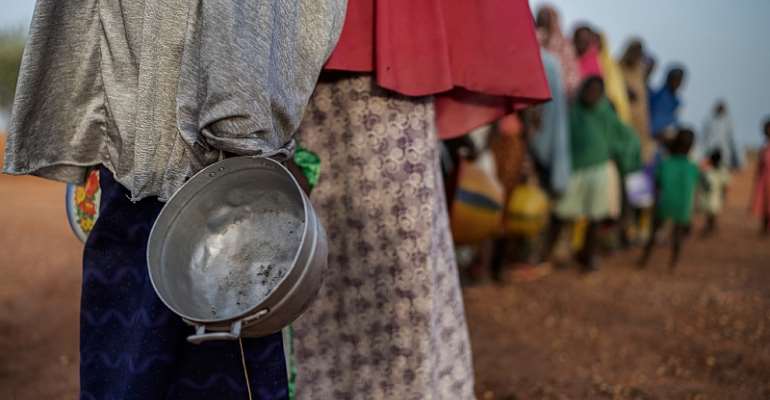 The recently released 2019 Global Hunger Index shows that millions of Kenyans are going hungry and that the country suffers from serious levels of hunger. Eunice Njogu shares her insights into the causes, and what can be done.

How serious is the problem of hunger in Kenya?

Kenya has a population of 46 million people. According to the Kenya Institute for Public Policy Research Analysis, 14.5 million of these Kenyans face food insecurity and poor nutrition each year. When looking at extreme cases, last year 2.6 million Kenyans were said to be in a food insecurity “crisis”.

“Food insecurity” is when people lack enough money, or resources, to ensure they can eat. Hunger – which can be a short-term physical discomfort or a life-threatening situation – is a possible outcome of food insecurity.

Last year Kenya was ranked 86th out of 117 qualifying countries on the 2019 Global Hunger Index . This classifies the country's situation as “serious”.

According to the World Food Programme , the people who are most vulnerable to food scarcity in Kenya live in dry areas, which cover about 80% of the country. Food insecure families typically live in rural areas, are poor and depend on farming for income.

Children are the demographic group most vulnerable to hunger. This is because their growing bodies are more vulnerable to other problems hunger causes; for instance about 29% of children in rural areas and 20% of those living in cities have stunted growth, a sign of significant vitamin and mineral deficiencies.

What are the main challenges?

A few factors have contributed to this situation.

A lot of people depend on agriculture for a living. Agriculture accounts for 33% of Kenya's GDP, and about 75% of Kenyans earn all or part of their income from the agricultural sector. But only 20% of Kenyan land is suitable for farming, most isn't used to its full capacity and most farmers rely on rain for irrigation.

These factors all make farming households vulnerable to hunger because the farmers don't know when rains start and stop so that they know when to plant or harvest their crops. In recent years , delays in seasonal rainfall have been the norm. In other years, rains came on time but then stopped earlier than anticipated. In addition extreme weather events are leading to massive crop failures.

An additional challenge is that too much emphasis has been placed on agricultural commodities trading from Kenya into global markets and too little attention has been given to local food needs and livelihoods. This leads to high prices and a lack of supplies.

Read more: Why Kenyans are going hungry months after a bumper maize crop

This means families eat fewer meals or have smaller food portions. Factor in Kenya's high population growth – Kenya's population has doubled over the last 25 years and will continue to grow by around 1 million per year – and many more people will be going hungry because of the food shortfall.

The population of hungry people is growing in spite of government making the provision of food one of its top four priorities. Why?

For the government to address food insecurity, there are other key issues that must also be addressed.

The challenges that smallholder farmers face, as I previously described, need to be dealt with. Smallholder farmers produce about 63% of the food in the country and about 8.3 million people living in Kenya's rural areas farm to feed themselves.

The farmers are also getting older. The ministry of agriculture places the average age of a smallholder at 60. This means that the labour force in food production is reaching retirement and the government faces a huge challenge luring youth into agriculture to fill the gap.

Another huge challenge is that many Kenyans can't afford to buy food. Currently 7 million Kenyans are unemployed and 19.5 million are active in the labour force. Most of those in work, however, are informally employed or in jobs that don't pay well.

Poor infrastructure – such as a lack of roads – drives up the cost of food. For example, transport costs account for nearly two-thirds of the cost of maize. This is because of poor roads and also the different local government levies imposed on crops – like maize – as it moves into different municipalities.

What must Kenya do to end hunger on a huge scale?

There are certain steps that need to be taken by the government.

It's imperative to support the farming sector and industry because of the number of people who rely on it as their main source of income, and also because it needs to produce more food, cheaply.

The government should also support efforts to modernise farming practices and improve farmer links to markets and inputs, like seeds and fertilisers. Unfortunately, these interventions – despite being around for years – have been marred by irregularities. For instance, sometimes the wrong people get the wrong inputs or they don't know how to apply nutrients correctly.

In addition to this, farmers need more access to finance, such as bank loans. With this, farmers will be able to purchase the equipment, more farm labour and inputs required for optimal food production.

When looking forward, there also needs to be an active effort to make farming and agriculture more attractive to young people. This could involve leasing unused public land to young people to use, as has happened in France and Italy.

Tackling hunger in Kenya is possible. But a more concerted effort needs to be made to ensure all its causes are adequately addressed.

Eunice Njogu does not work for, consult, own shares in or receive funding from any company or organization that would benefit from this article, and has disclosed no relevant affiliations beyond their academic appointment.