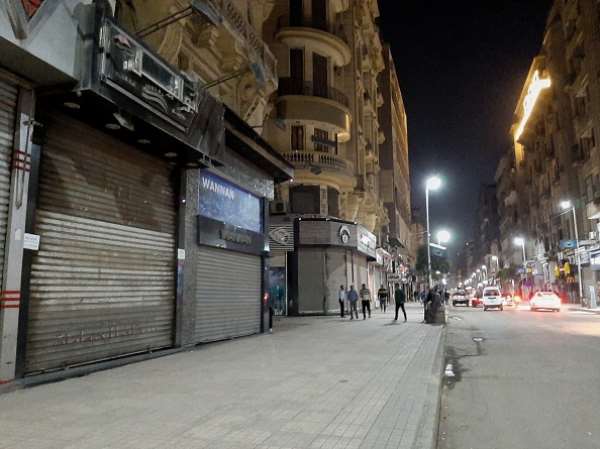 Right now we are facing a choice between more or less drastic measures to slow the spread of COVID-19, a virus which, at time of writing, has yet to claim a life under 10, and claims very few lives under 30 , with the risk rising exponentially with age. We are putting in place measures that will lead to malnutrition and starvation for millions of people, and for these horrors, children and especially infants are the most at risk . And very many of those infants are born, and will die, in Africa.

Yet there is little discussion of the consequences for human health of the measures we are taking. Nor is there discussion of how the major differences between Africa and America, Europe and Asia might matter. The World Health Organisation (WHO) website contains no technical guidance on how African governments should approach their considerably different contexts. The advice is the same globally, but the context is not.

Failure to recognise that one size does not fit all could have lethal consequences in this region, maybe even more lethal than those of the virus itself.

In Africa, millions will starve if the global economy enters a protracted downturn. We must ask whether the number will be more than COVID-19 will kill in a region where only 6.09% of the population is over 65 .

After the 2008 recession, 1 billion people were malnourished, and 5 million more children were hungry in 2010 than they would have been if the recession had not happened. We are only seeing the start of the economic disaster, and therefore the health disaster, that is going to engulf us as a consequence of social distancing measures.

And it's not just the plunge of some abstract stock market. Tourism employs 1 in 23 employed South Africans . It has evaporated overnight. Bars and restaurants are empty, and, where they serve alcohol, must close early or limit numbers. Football has been shut for the season, and football clubs will go bust. And so on.

Unemployment in South Africa was already nearly 30% in the fourth quarter of 2019. The government lacks both the means and the competence to swiftly dish out grants to SMEs, such as the GBP10,000.00 (about South African R20,000.00) offered by the British government . South African SMEs are already vulnerable. Their employees mostly have no savings, no access to credit (creating hospitable waters for loan sharks ), limited assets, and a support network consisting of people in the same boat. Mass unemployment means mass poverty, which means mass starvation.

The crunch question is this: what is the case fatality rate of social distancing in Africa? We have no idea; but that is the figure that should be considered when implementing social distancing measures. The scientific community, including both epidemiologists and economists working together, should be putting as much effort into estimating that case fatality rate as into estimating it for COVID-19.

It's not even clear that the social distancing measures will curb the spread of disease here. We know from award winning work on HIV transmission by South African epidemiologists that local social context can neuter a health intervention that is effective elsewhere. So it may be with social distancing.

In a South African township, living conditions are extremely crowded. Socialising is unavoidable. You might as well tell people to emigrate to Mars. In the bubonic plague, the aristocracy left London for the countryside; the poor of London could not isolate themselves, and so they died. This may be our situation.

It is similarly fantastical to expect people who cannot afford food – as will soon be the case for many more – to practice personal hygiene. You can't eat soap. If you are starving, you won't buy it.

Thus the major components of the recommended public health measures – social distancing and hygiene – are extremely difficult to implement effectively in much of Africa. The net effect of measures that seek to enforce social distancing may thus be to prevent people from working, without actually achieving the distancing that would slow the spread of the virus. If that is true, then we must consider whether we would be better off without them.

Not all these measures are the same, and nor are preventive measures an all-or-nothing measure. Some degree of social distancing may be possible. Elbow greetings may slow things down. But it's a fantasy to suppose that the virus can be contained anywhere, and the cost of measures must be proportioned to their likely benefit. The cost of an elbow greeting is low, but the cost of shutting a school is huge.

But even if social distancing here will “ flatten the curve ”, will it make a difference? The logic of flattening the curve is to bring the peak of the pandemic (the highest number of sick at any one time) down to a manageable level. But this assumes access to healthcare in the first place.

In much of Africa, public healthcare is inaccessible to a huge proportion of the population. Without a miraculously fast overhaul of the continent's healthcare provision, flattening the curve will make no difference to the majority. Cute as the meme is, its logic does not apply to much of Africa.

What about the children?

We, personally, have elderly relatives whom we care about deeply. But would we actively move children who are otherwise at a minimal risk into a high risk situation, in an attempt to prolong the life of some of those elderly? Would we do so when the effectiveness of those measures is questionable, and the economic effects of those measures (famine) also puts the elderly themselves at risk?

We don't know. It depends on the data. But we do believe that this is a conversation that we must be brave enough to have.

Many leaders are doubtless aware of their dilemma, but their ability to express this and their ability to make choices is restricted, as the treatment of British leadership shows. In Africa, it's questionable whether leaders have a political choice, given intense pressure from an international community that isn't thinking about the differences of the African context, and a WHO offering no region-specific technical advice .

Leaders need to be given the space to say shocking things, to be upfront about what might go wrong , to change their minds in the face of new evidence, and to pick the lesser of two evils.

Doctors face such choices every day, and they are horrible. But they are unavoidable. Without a proper estimation of the costs as well as the benefits of the measures currently being implemented, no rational assessment of their merit can be made .

Alex Broadbent does not work for, consult, own shares in or receive funding from any company or organization that would benefit from this article, and has disclosed no relevant affiliations beyond their academic appointment.

By Alex Broadbent, Director of the Institute for the Future of Knowledge and Professor of Philosophy, University of Johannesburg And

More Article
ModernGhana Links
The Wicked, Unneutered, Malawian Caribbean man with a name that shouldn't resemble the pride land King
RSS chief Bhagwat bats for a unified, strong, well-informed society
Mexico-Ghana: 60 years building a success story together
Be Cyber Smart: The Way Out
Impact in public life: The story of Dr. Prempeh
The 4Rs: Embracing a Zero Waste Lifestyle
Passage Of LGBTQI+ Bill: Stop The Intimidations And Let Democracy Prevail
"Protecting the girl child" is not a catchphrase; it is a call-to-action!
Leading In Unchartered Territory
TOP STORIES

Mankarigu Health Center temporarily closed down after attack...
43 minutes ago