Global emissions are way off target: what needs to happen

By Harald Winkler - The Conversation 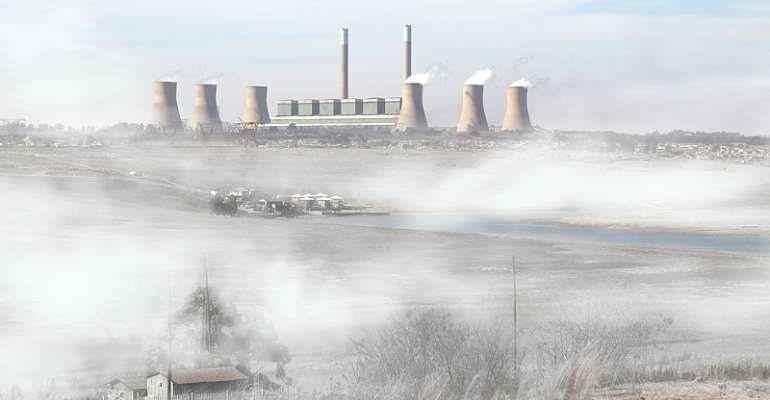 South Africa still depends on coal for most of its electricity. - Source: Shutterstock

At the 2015 United Nations Climate Change Conference in Paris, countries set goals that require halving carbon emissions by 2030. In a new piece in Nature , Professor Harald Winkler, as part of an international team, delivers the bad news that the emissions gap - between what countries pledged to then and what needs to be done now - is growing. He also points to small signs of hope that the climate crisis can still be addressed.

1. How much has the emissions gap grown by? How was this established?

The emissions gap has grown significantly since 2010, when the first Emissions Gap Report was produced by the United Nations Environment Programme. A comment in Nature led by my colleague Niklas Höhne, professor at the University of Wageningen, reflected on these increases. Our analysis shows that the gap has widened by as much as four times since 2010. How much exactly depends on the details.

Our conclusions are based on a synthesis of all 10 editions of the United Nations Environment Programme's gap report. Each year for the past 10 years, this report has examined the difference (the “gap”) between what countries have pledged to do individually to reduce greenhouse-gas emissions, and what they need to do collectively to meet agreed temperature limits. The 2015 Paris Agreement aims to keep global temperature increase to less than 2°C above pre-industrial levels – and possibly 1.5°C. Insufficient climate action during the past decade means that transformational development pathways are now required to reduce greenhouse-gas emissions on time. Author supplied

There are three reasons for the gap: a 14% increase in emissions from 2008 to 2018; global agreement on a lower limit on global temperature; and insufficient commitments by countries. With more stringent global temperature limits now agreed, it's now projected that 25% lower emissions will be needed to meet the goal of 2°C and 55% for 1.5°C.

2. What are the implications?

In our study of the gap reports, we found that the required emissions cuts from 2020 to 2030 are now more than 7% per year on average for the 1.5°C temperature limit set in Paris and 3% for 2°C.

Had serious climate action begun in 2010, the cuts required to meet the emissions levels for 2°C would have been 2% per year, on average.

Instead, among the top seven emitting countries or regions, one has lower emissions (the EU), another slightly lower (India), three show no change (the US, Russia and China) and two are higher (Brazil and Indonesia). Together with other countries, the overall trend of rising emissions has not been reversed over the past 10 years – so now there is less time to reach the goal.

The time window for halving global emissions has narrowed: in the words of the Nature report, in 2010, the world thought it had 30 years to halve global emissions of greenhouse gases. Today, we know that this must happen in ten years.

In plain language, a decade of insufficient political action on climate change means that nations must now do four times the work – or do the same work in one-third of the time – to comply with the climate pact they made in Paris. The less action countries take collectively to cut carbon, the higher the temperature increase and the more severe the impacts. The poor, who are least responsible for greenhouse gas emissions, suffer the most from its impacts.

3. What are the urgent steps that need to be taken to reverse the trend?

The gap is so huge that governments, the private sector and communities need to switch into crisis mode, and to make their climate pledges more ambitious. Immediate action is needed in a climate emergency - while ensuring equity.

Given the delay in action, much more rapid emission reductions will be needed to keep the temperature goals in reach. Instead of developing in a way that involves high consumption and high emissions, countries need to provide people with basic needs through low emissions and sustainable development, tackling socio-economic inequality at the same time.

Action is now required from all countries, including those that are still developing to meet basic needs.

4. What good work is being done to control emissions that others can follow?

Some countries, regions, cities and businesses have promised to take ambitious climate action. For example, 76 countries or regions and 14 subnational regions or states have set net-zero emissions goals. This means that they have set a year (often around 2050) when their greenhouse gas emissions will be balanced by removal of emissions. The net result will be zero emissions to the atmosphere. Combining this with sustainable development goals means zero poverty as well as zero emissions.

One sign of hope is that the costs of renewable energy are falling fast, globally and in sub-Saharan Africa.

In South Africa, President Cyril Ramaphosa presented a proposal to the 2019 climate change summit to fund the faster phasing-out of coal without negative effects on workers and communities that depend on it. International climate finance is a critical ingredient to support a just transition.

The comment in Nature also includes examples of what other emerging economies that depend on coal, such as China and India, are doing. They are adjusting the fuel price, capping its consumption, reducing plans for new coal-fired power plants and supporting renewable energy production. Much more must be done, and quickly – while addressing poverty, energy access and urbanisation – to address both development and climate change.

The same is true for South Africa, which still depends on coal for 83% of its electricity and 59% of all energy . The country needs to adopt a vision for a just transition that includes net-zero emissions by 2050 or earlier, and put in place the laws, institutions and practical actions to achieve that goal.

South Africa has a Carbon Tax Act and in 2020 the country needs to promulgate a framework Climate Change Act. In 2018, a national jobs summit agreed to establish a presidential climate change coordinating commission as the statutory body to oversee South Africa's just transition. This needs to be designed carefully and set up urgently. To make the transition just, communities and workers who are dependent on coal will have to be integrally involved in the change, ensuring they have sustainable livelihoods.

Harald Winkler does not work for, consult, own shares in or receive funding from any company or organisation that would benefit from this article. He writes in his personal capacity. While working at the University of Cape Town, he has undertaken studies related to the climate change, mitigation, poverty and inequality, including for National Treasury and the Department of Environment, Forestry and Fisheries, but not received funding for writing this piece.