By Deevia Bhana - The Conversation 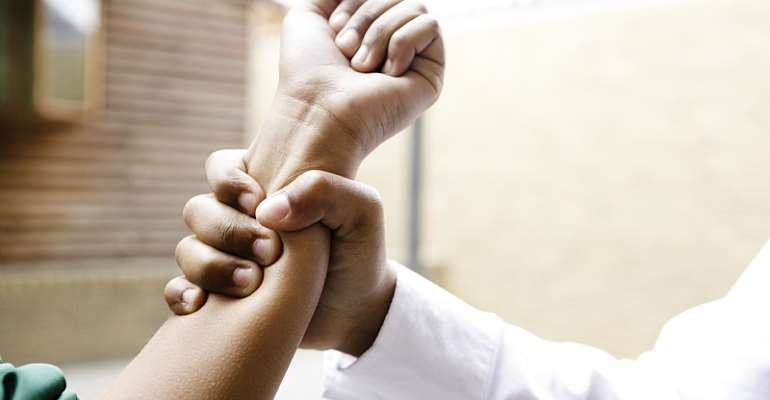 Schools should be safe places. Yet, throughout the world, violence in schools remains a problem . Girls and boys who are seen as 'soft' or 'gay' are the main victims of bullying, name-calling, physical violence and sexual violence. These experiences in schools affect children's concentration and academic performance. In some instances girls drop out of school to avoid such violence.

In comparison to girls, boys are more likely to engage in physical violence and bullying is more common among boys.

Internationally the importance of working with boys to end violence and promote gender equality is well established . Without boys recognising their power and privilege in relation to girls and other boys, the work towards ending violence at school will not be realised.

Even primary schools are grappling with the issues of violence. But often young boys are not taken seriously in efforts to end it. Instead, they could be allies if they learned to behave differently and took this into their adult lives.

Internationally, research has typically addressed ideas about masculinity, 'real' boyhood and behaviour. 'Real' boys, the research shows , use strength, toughness and violence to show power. Much of the global research focuses on older boys.

In South Africa too, research on boys at primary school is only recently developing.

My own research in South African schools has focused on experiences of boyhood which are shaped by gender, race, class, culture, age and masculinity. A very important part of this research is the question of where boys live and their social location.

I have found that poverty, unemployment and violence in the community, fragile families and food insecurity shape ideas of what it means to be a 'real' boy. Some boys use their power to survive – and this includes the use of violence to obtain food.

In schools that are wealthier, boys use violence to assert power in other ways, for example through bullying to maintain privilege.

Violence in the playground

My research team and I believe adults must recognise that young boys are already invested in masculinity and violence as an expression of power. Doing so provides an opportunity to bring boys into the conversation about ending violence.

In our most recent research paper, we explored how boys experience, challenge and use violence in their everyday lives at a primary school in a poor community in South Africa. We related their school experiences to their social circumstances.

We asked questions and observed children and their teachers in the classroom and in the playground. Often, boys talked about violence in their communities and at home, where cultural norms have established males as powerful authorities in families.

In the context of severe social and economic problems, violence is often used as an expression of frustration and power. Boys learn from an early age that violence is a means to power and use it in schools to achieve status and privilege.

Teachers are also part of a society where masculine power is associated with violence. Many countries, including South Africa, have banned corporal punishment at school. But teachers continue to use such violence to show their authority.

In our research, violent expressions of masculinity remained a dominant theme in the school setting, although not all boys were violent. Boys who showed feelings, who were gentle or who avoided sports, were perceived to be 'girlish' or 'gay'. 'Soft' boys were bullied, harassed and subjected to violence.

Our research found that many boys dominated play when they weren't being supervised by adults. In these play spaces they could test and expand their power.

The violence included physical fights, verbal harassment and threats to other boys and girls. The playground is thus not simply a place to have fun but an important space to claim power.

We found that the body was central to how violence was used. Since bodies vary in size and shape, the body was used to display power especially over weaker bodies.

Some children in our study came to school from homes without much food or money. The open space of the school playground allowed boys to claim food and money from others. Boys who were smaller were in fear of bigger boys.

We found that even though smaller boys were angry about the violence they experienced from bigger boys, they also used violence themselves. If they didn't, they faced further harassment for being weak and 'girlish'. Using violence was thus a way to be seen as a 'real' boy – even by its victims, as boys themselves stated.

We asked the boys about what they did about to stop the violence and we looked at the records in some schools. When boys reported violence to teachers it was frequently dismissed as 'boys will be boys'. When the violence was more serious, corporal punishment was used. This tells us about the circular nature of violence – that violence is used to stop violence.

Young boys at primary school are already learning about their place in society. They use their size and power to create violence. But schools can also be places to talk about and prevent violence. Well-designed programmes show evidence of change.

Teachers can work with boys to develop their understanding of power and the negative effects of violence. Ending corporal punishment and addressing the school playground as a site for power and violence is one way to make schools safer. Communities need to recognise primary schools as a place to challenge gender inequalities.

Deevia Bhana receives funding from the South African Research Chairs' Initiative of the Department of Science and Innovation and National Research Foundation of South Africa (Grant No 98407).

Don't Expect Me To Accept Results Of A Flawed Election, I Wo...
20 minutes ago

If There's Any President And Gov't Who Is Sakawa, It's Maham...
28 minutes ago