By Hugh Ellis - The Conversation 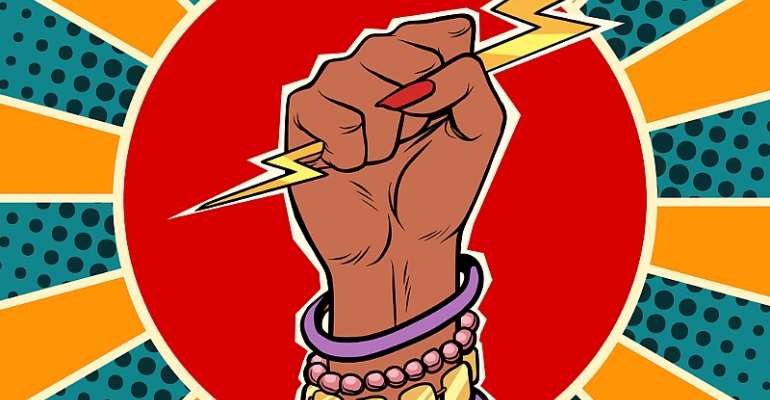 Performance poetry – or spoken word poetry – has gained a foothold among young urban Namibians ever since the early 2000s. It has given a voice to many viewpoints, but perhaps the most significant impact has been on young feminists and LGBTI individuals.

The national demographic health survey , done seven years ago, stated that one in three Namibian women between the ages of 15 and 49 reported having experienced physical, sexual or emotional violence from their spouse. Only 4% of the sample reported the violence to the police. More worryingly, 20% of women and 22% of men said they believed that a husband was justified in beating his wife for reasons such as that she “burns the food” and “refuses to have sex with him”.

Queer women face additional challenges. Some commentators have said that homophobia appears to have abated in recent years. But LGBTI Namibians are still denied direct protection under anti-discrimination laws, and are often not welcome at government institutions.

Protests against gender-based violence , and to a lesser extent other forms of discrimination against women, have become a regular part of the Namibian political scene. They often take place after an incident like the murder of an intimate partner. But concerns have been raised that little is done to keep up the pressure for change .

As I have shown in my research , poets, especially women poets, have responded to this social context by highlighting violence and bodily autonomy as central concerns. They have placed gender-based violence in the context of a general disregard for minorities, the poor and the marginalised. They have also challenged 'romantic' or 'idealised' Western notions of womanhood and childhood. Namibian singing and spoken word duo Roya Diehl and Tanyaradzwa Daringo on stage. Hugh Ellis/Screengrab

Some spoken word poets of Namibia

The performance poetry movement is a space in which young urban Namibians feel they can discuss ideas freely. The Spoken Word Namibia organisation was started by students and young professionals in Windhoek. Spaces like the Windhoek Open Mic Night and The Gathering have developed along a similar model.

Irene //Garoes , a human rights activist, centres the struggle for equality and for freedom from violence within her own body. In her poem My Space she writes:

There are spaces we create within ourselves

Only I know myself,

How to pleasure myself spaces,

And then there are spaces created by systems and institutions

Those 'I didn't give birth to a boy, girl or was it boy, leave!' spaces

Those, 'it is clearly written in the black book,

We are not worshipping with you in this holy house, get out!' spaces

Throughout the poem, the idea of a safe space for women is contrasted with the idea of the unsafe space where state, church or male power is imposed upon the body.

Nesindano Namises and Christian Polloni of the group Blend perform the poem “I come from women”. Video courtesy Hugh Ellis.

The work of these poets often puts discrimination and violence in a broader context of societal problems, which contrasts with governmental discourses of national progress. In O.P.D., the music and poetry group Blend, composed of the poet and singer Nesindano Namises and guitarist Christian Polloni , calls out various social ills in Namibia. The speaker mockingly refers to her anger as a mental disorder.

Because I'm obsessively, not so orderly

Pissed off with so much shit in my country

But some poetry takes a playful turn, humorously overturning traditional ideas of 'ideal' womanhood. A good example of this is how the poet Tanyaradzwa Daringo and singer Roya Diehl adapt the jazz 'standard' Summertime, originally composed by George Gershwin and DuBose Heyward and perhaps best known as sung by Ella Fitzgerald. In their version, Diehl sings the original lyrics and Daringo's spoken word poetry redefines their meaning:

Summertime, and the livin' is easy

Fabricated by a place filled with so much hate and deceive

Naive childlike minds like mine which have no choice but to believe, you see

For they too realise the importance of change

That rejuvenated feeling when you supposedly flip a new page

Temporarily gauge, you don't even realise that they have long placed them in their cage, but, but…

The song or poem also bears out the difference between the women's experiences. Diehl is white, singing about an idealised summertime; Daringo, who is black, speaks about the realities of oppression. The connection is made specific in the following verse:

Never met our summertime, mined and decoded into a time of slavery

Folks screaming “you wouldn't even dare practise an act of bravery”

The juxtaposition of “summertimes” hints at the concept of intersectionality , the idea that marginalised people frequently have to deal with multiple interrelated systems of oppression – sexism, racism and homophobia – at the same time.

Poetry gives voice to women's resistance to patriarchal institutions in Namibia. This resistance has not yet fully translated into a movement that challenges the government in a political way and demands political representation. But it is highly visible in the media and can lay claim, at least indirectly, to some achievements.

Several poets, such as Irene //Garoes and Florence /Khaxas , are activists in feminist organisations. The performance of poetry has also become common at feminist rallies and protests.

Beyond this, the spoken word poetry movement gives a safe space for women (and some men) to challenge patriarchal norms and express their experiences.

The challenge is for feminist poets to take their art and activism beyond urban, chiefly middle-class communities – and into a movement that can change public policy.

As well as being an academic based at the Namibia University of Science and Technology, Hugh Ellis is also a poet who has performed his own work at Spoken Word Namibia and Windhoek Open Mic Night events.