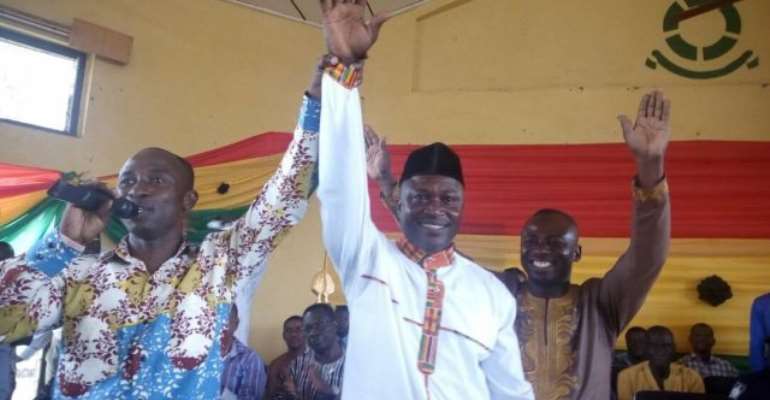 The long-standing perception that has been registered in the minds of the people that, half of the Techiman Municipal assembly's revenue dubiously find its way into some alleged unseen hands will compel any reasonable leader to legally engage the services of experts to digitise revenue collection for the Assembly to redeem its image.

In an statement issued and signed by Mr Kojo Owusu, the Secretary of an NPP group calling itself 'Action Patriots for Justice' (APJ) noted that in spite of angry remonstrance and the attempt to throw mud at this uncommon system by people who felt and still feels threatened that, changing from the assembly's old way of mobilising revenue to digitization will block their dubious Chanel of siphoning monies the assembly needs to garner for developmental projects people are hoping for.

According to Mr Kojo Owusu, Quest Systems started operations gradually from the main market with the anticipation to cover the entirety of the revenue collection in the Techiman municipality when the resistance arose again, forcing the Municipal Chief executive to illegally act against the terms of the contract by suspending the work till only God knows when it will resume again.

It is Axiomatic and legally suicidal to stymie and unnecessary meddle with legally signed contracts which has serious consequences with mandatory offers so bitter to swallow.

“I am yet to be Confronted with one discernible reason as to why this contract should be on the hold and why Techiman Municipal Assembly should be spared in the court from paying gargantuan judgment debt which will eat into many decades in the life span of the assembly for failing to comply with their side of the terms and conditions of the said contract,” he observed.

Mr Kojo Owusu stressed that, “ In this day and age where technology has become the order of the day and more so when his excellency the president and vice president are doing everything possible to digitize the country, some few greedy individuals are holding us back for their selfish parochial interest. Let people with good sense of judgment subject this issue to critical analysis and see if there is no reasonable reason to weep for Techiman."