How God Saved Me Through My Seatbelt 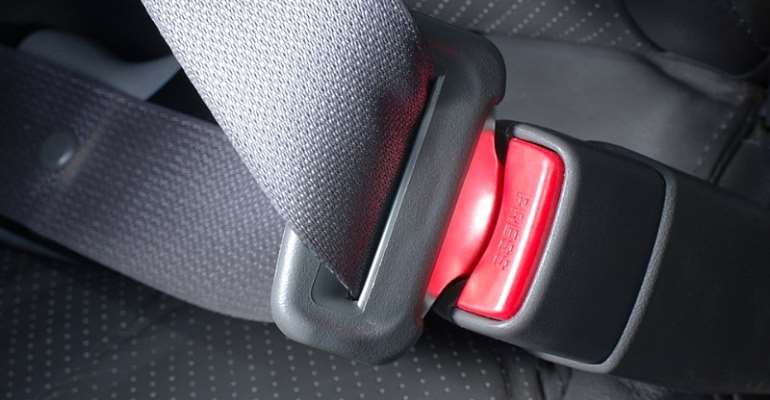 It's for good reason that we have laws and regulations. A society without rules, or one without adherence to its laws or enforcement of same sees chaos, anarchy and muddle. The rules could be as simple as staying within speed limits, wearing seatbelts or even not talking on the phone while driving. These may be described as little things but they are crucially important for safety on our roads.

In the last few days, I have benefited from obeying some of these 'little' rules or laws.

The Road Traffic Regulations provide for the use of seatbelts. Section 119 reads;

On the 13th of January, 2020, I nearly died. I was involved in a car crash while driving home from work with three of my colleagues.

The Okponglo traffic light, near the University of Ghana, had just turned green. And like the other drivers, I began accelerating. Right ahead under the poorly lit Legon overpass, I saw what seemed like a car which was switching lanes and signaling with its trafficator. By now, we were a few metres away from the car – a pick-up, and to my surprise it wasn't actually moving. The Pick-Up didn't have its triangle up. Nothing to show.

It was just there!

Suddenly, when I realized it, I hit hard on the brakes, my tyres screeched. The sound was loud, yet, it was too late; I slammed right into the Toyota Pick-Up truck. I had held on to my steering wheel while pressing down my brake pedal with all the strength I could muster. 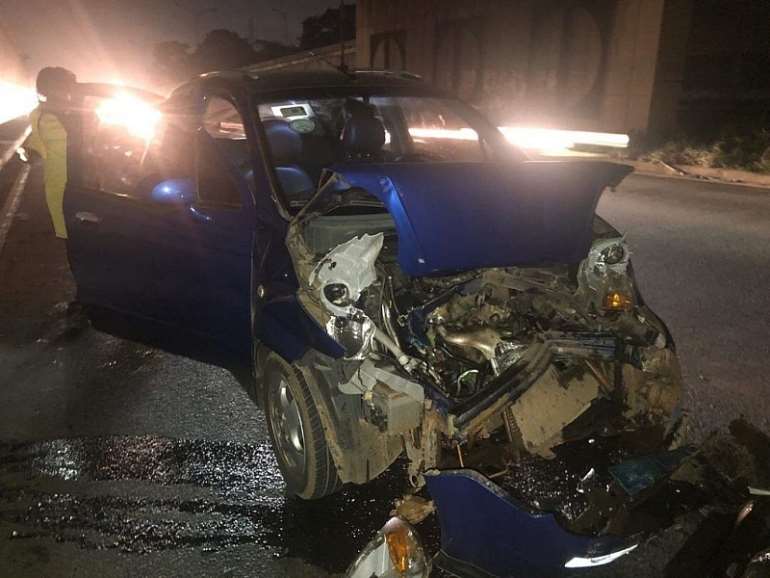 With the crash came a loud bang, it was deafening. I wasn't sure I would survive the impact. All I saw was a flash of light. But in what seemed like five seconds, it all faded away. I was still stuck to my seat, I had my seatbelt on!

I believe in God and know he saved my colleagues and I that day but I know He did so through a number of means including the seatbelt! The impact was bad, the car's engine and gearbox were both damaged badly.

After it all settled in, I was even more grateful to be alive. I started to think of what would have happened to my beautiful wife and our fresh four-month old marriage? How would my widower dad cope since he took solace in me after his wife, my mother, passed just last year? Or my brothers who all look up to me?

I still wonder what the story would have been if I wasn't wearing my seatbelt. I bet I would have been thrown right out the windscreen and your guess would not have been wrong. I sure would have been badly injured with several broken bones and wounds. You should see how elated and relieved I was after my visit to the doctor after the crash revealed I was just fine. I was only given painkillers.

Now, I don't have a car. I board 3 trotros to get to work from where I live on the Accra-Dodowa road.

The first day I boarded one of the benz buses, it wasn't a comfortable experience. From the awkward constant body contact with my sitting partners to how warm the car seemed, it was quite discomforting.

The awkward part was how my knees throughout the journey kept touching the metal seats right in front of me.

Anytime my knees felt them, a thought ran through my mind, 'what if a car like this trotro crashed like I did?' I knew for certain a number of knees would be badly injured. People would be thrown out through the various windows of the car.

And ah! Yes! Almost like my own Eureka moment, it dawned on me that these trotros do not have seat belts. This is common knowledge. I am yet to see a trotro that actually has a proper working seatbelt. In fact, you would even be fortunate to find one in a taxi. But this time, the concept of wearing seatbelts had a whole new meaning to me, because having one and using it saved me.

I could not fight the thought about how many people might have lost their lives, and died a useless death because the powers that be have failed to effectively regulate spaces like the commercial transport arena. They have failed to ensure that all commercial vehicles are fitted with working seatbelts. What do they care, they are most likely like me before the crash, driving their private cars and SUVs and have the option to wear their seatbelts or not without giving the average Ghanaian the same options too in their trotros.

I still quail in my seat any time the drivers hit their brakes hard because of the shock of the crash. But the experience is worsened knowing I don't have a seatbelt on. You could almost fall off your seat at times when they stop suddenly.

How many mothers have been left broken-hearted by the senseless loss of a loved one in a crash, how many families have been shattered at the death of their breadwinners because of an avoidable situation on our roads?

Well, seatbelts in trotros might not be the absolute solution to carnage on our roads but at least they could save some.

The question remains why it has been so difficult for transport regulators to ensure that commercial vehicles are fitted with same seatbelts, but we leave that for another day.

My name is Michael Ogbodu, I survived a crash because I had my seatbelt on. This was how my colleagues and I were saved by God. If you are ever in a car that has one, please do yourself the favour and wear it even though I pray you don't have to thank me later. But if you are in a trotro without one, I am already praying for you.