Medical waste offers insights into South Africa's use of pharmaceuticals

By Rebecca Hodes - The Conversation 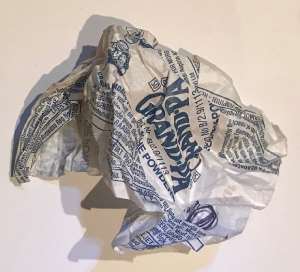 Much of what we know about human history comes from studying things that have been discarded. The archaeology of dumpsites and middens has long informed us about societies and their pasts. This has included how people survived and sustained themselves, what they gathered, made, amassed and discarded.

Histories of rubbish have also shown that beliefs about sanitation, and what makes for a clean environment, change. These changes are, in turn, influenced by developments in technology, forms of governance, and consumer norms.

I conducted a study on an archive of medical materials, collected over three years from public waste sites around South Africa's Eastern Cape. What I refer to as 'pharmatrash' serves as a proxy for which medicines were provided or purchased, consumed, and then discarded. Pharmatrash in post-Apartheid South Africa shows the vast proliferation of medical waste, the result of increased access to healthcare products in both the public and private sectors – and on the formal and informal markets.

I set about unpacking the meaning of the rubbish that I found. I was able to identify preferences in particular settings for certain drugs – legal and illegal. These preferences reflected global market flows, advances in science, medicine and marketing, local and domestic modes of consumption, and changing social norms and desires. 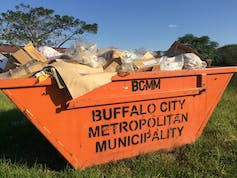 This waste from a TB clinic in Buffalo City is bound for disposal in the municipal dump. Rebecca Hodes

In post-apartheid South Africa, there has been a massive expansion of public health care, with radical improvements in access to drugs and diagnostics.

In turn, these improvements have resulted in the proliferation of medical waste. According to South African laws, hospitals are required to abide by protocols for waste removal. Because waste is meant to be disposed of, the governance of garbage is considered to be working effectively when rubbish is removed and destroyed. But, when these systems fail, and waste ends up where it does not ostensibly belong (on beaches, in parks, and in people's neighbourhoods), public interest is aroused. 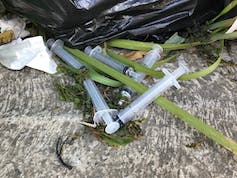 A collection of discarded syringes lies on the ground behind a row of shops in the suburb of Nahoon in East London. Rebecca Hodes

In 2016, for example, a refuse dump gone awry deposited medical and pharmaceutical waste across several kilometres of the KwaZulu-Natal coast. Syringes, condoms and pill packets were strewn across Durban beaches. The public panicked, and municipal officials closed beaches pending a clean-up. Scandals about mismanaged medical waste frequently grip the popular imagination. They are understood as evidence of state incompetence, corruption, corporate greed, and disregard for public safety.

But these scandals obscure wider realities about rubbish in contemporary South Africa. Rather than a focus on spectacular instances of waste's displacement, my research focused on pharmaceutical waste at its most ordinary, as it is found within the domestic waste stream, produced through everyday healthcare practices and household economies.

For the past four years, I have built an archive of pharmaceutical waste through collecting and classifying rubbish in the Amathole district and Buffalo City Municipality of South Africa's Eastern Cape province. I have gathered rubbish from poor, middle-class and affluent areas, in and around the cities of East London and King William's Town.

I have picked up litter from pavements outside hospitals and clinics, and from public places where people gather, work, shop and play. I identified the days on which rubbish was collected by municipal services within different areas, and often visited those sites the day after scheduled collections to study which pharmaceutical products had escaped from split or spilt rubbish bags, remaining in domestic environs. 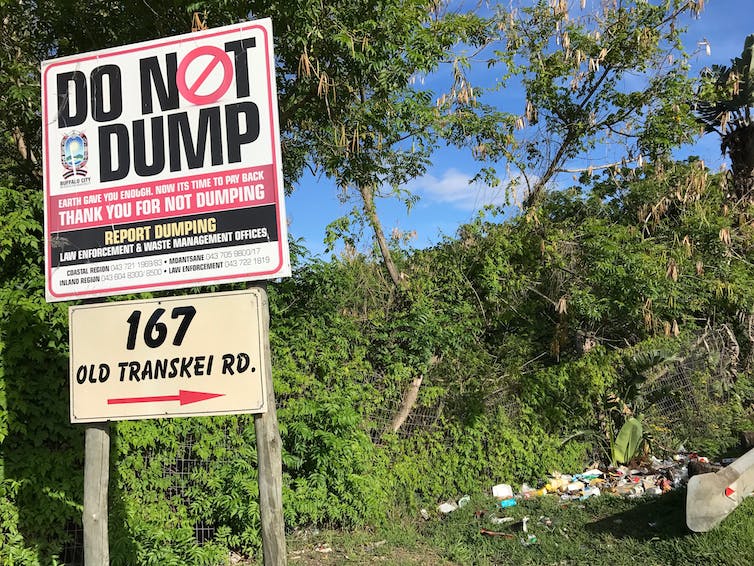 I mapped formal or permitted sites of domestic dumping, often on 'islands' of municipal land adjacent to houses or blocks of flats, as well as sites of illegal dumping. These 'informal' dumpsites were among the richest sources of pharmaceutical waste.

The pharmatrash in this archive includes both prescription and proprietary medicines. These represent the pharmaceuticals in common use, and the prevalence of medical conditions or healthcare needs at the source of their purchase, provision, consumption and disposal.

Analgesics such as codeine-containing tablets and syrups, and the 'headache powder' Grand-pa (which combines aspirin and caffeine), were the most commonplace waste artefacts in this study.

The popularity of vitamins and dietary supplements was also evident, revealed heavy consumer demand for pharmaceutical products touted as performance-enhancers and energy-boosters. 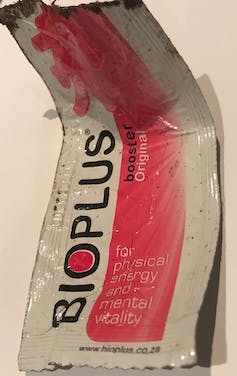 Bioplus, marketed as an energy and performance enhancer, was among the most common pharmatrash items in this study. Rebecca Hodes

Pharmatrash from public health facilities showed what medicines people were being prescribed, and what forms of pharmaceutical equipment were used to treat them.

It also showed the failures of state institutions to manage waste production in accordance with laws protecting public health and safety.

Pharmatrash sourced from residential neighbourhoods revealed the prevalence of infectious and non-communicable diseases in South Africa, and punctuated the desire of consumers and citizens to feel vital, productive and pain-free.

I concluded that the sale of over-the-counter drugs remains vastly unregulated and under-researched. There is little empirical evidence on how widespread is their use, and whether they are being consumed safely. The archive of pharmatrash allows us to track new forays into the world of medicines consumption. For the makers, distributors and users of these products, their shelf-life is short-lived. But their afterlife as garbage portends eons.

This is the sixth and final article in a series on drug regimes in southern Africa. They are based on research done for a special edition for the South African Historical Journal. Read the full paper over here.