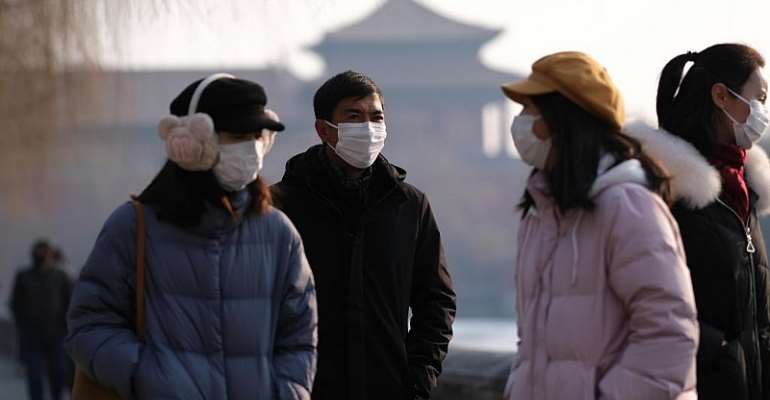 Paris' Roissy Charles de Gaulle airport will open a medical screening service to check passengers arriving from China who may be affected by the novel coronavirus. This comes as Chinese authorities drastically step up measures to halt the spread of the virus.

On Friday, the French health minister confirmed that three cases of coronavirus had been detected and that the patients were being monitored in hospitals in Paris and Bordeaux.

Health authorities announced on Saturday that a medical screening service would be set up in Paris' Roissy Charles de Gaulle airport to check passengers arriving from China. Symptoms include respiratory difficulties and fever.

Meanwhile, China has quarantined cities and shut major tourist attractions from Disneyland to the Forbidden City and a section of the Great Wall as it scrambles to stop a deadly SARS-like virus from spreading further.

The drastic moves come as hundreds of millions of people criss-crossed the country in recent days to celebrate the Lunar New Year holiday, which officially started Friday and is typically a time of gatherings and public celebration.

Epicentre of Wuhan in lockdown mode
Public transport has been stopped in 18 cities in central Hubei province, with train stations shut, events cancelled and theatres, libraries and karaoke bars closed in some locations.

The epicentre of the outbreak is provincial capital Wuhan, the biggest city on lockdown, where the government has halted all travel out of the Yangtze River metropolis of 11 million.

Wuhan residents have been told to stay home and authorities are restricting car traffic in the city central. There are few flights available to the city, deepening the isolation.

New hospitals being built
In Wuhan, city authorities have made it mandatory to wear a mask in public places.

Also in Wuhan, authorities are rushing to build two new hospitals in just weeks as a rising number of patients are infected by the new coronavirus.

The first facility is expected to be in use by 3 February and will have a capacity of 1,000 beds spread over 25,000 square metres, according to state media.

The second one will have 1,300 beds.
Cases of contamination detected so far
• Australia : four
• France : three
• South Korea : two
• USA : two
• Japan : three
• Malaysia : three
• Nepal : one
• Singapore : three
• Taiwan : three
• Thailand : five
• Vietnam : two
After more countries reported cases, Xi said at a Communist Party leadership meeting on the disease that China was "faced with the grave situation of an accelerating spread of the new coronavirus" but that the country will "definitely be able to win the battle," according to state media.

In Hong Kong, where five people have tested positive for the virus so far, city leader Carrie Lam declared the situation an "emergency" and schools, currently on holiday, will remain closed until February 17.

The World Health Organization on Thursday stopped short of declaring a global emergency, which would have prompted greater international cooperation, including possible trade and travel restrictions.