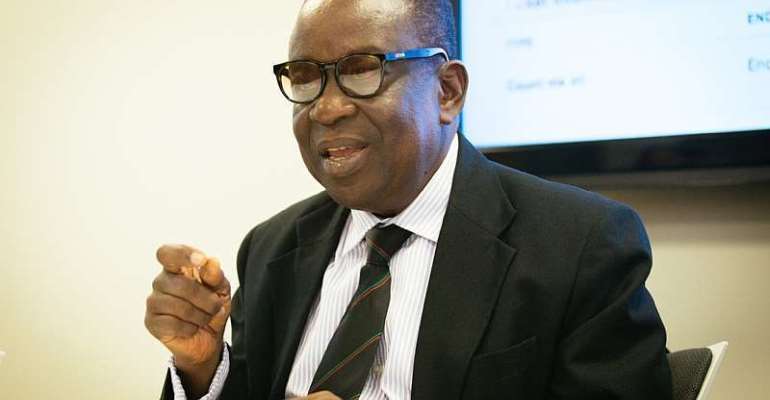 The fallout from The Kan Dapaah saga continues but the tenor and direction of the public discussion misses the mark completely. Mr. Dapaah is Minister for National Security, which means as a nation, we rely on him for our safety. Many may be too young to know about the “Profumo Affair” but that is the gold standard for discussing this episode.

The Profumo Affair was a 1961 British political scandal in which it was revealed that, John Profumo, then-Secretary of State for War in the conservative British government of Harold MacMillan had a brief sexual dalliance with a 19-year-old would-be model, Christine Keeler. After initial denials in the House of Commons, Mr. Profumo eventually admitted to the facts of the case as they were widely understood. He then went on to resign from parliament and the government. It is believed that this episode contributed to the conservatives electoral loss, later in 1964.

The real issue was a security matter not a moral one, as our discussions of Mr. Dapaah’s case have become. Ms. Keeler it seemed was simultaneously involved with Captain Yevgeny Ivanov, the naval attaché at the Soviet embassy at the height of the Cold War. An official inquiry was called into the matter. After it was all over, John Profumo who had resigned from Parliament, later took on volunteer work at a charitable trust.

Closer to home and more in recent national memory is the Soussoudis-Scranage affair of 1983-84. Michael Agbotui Soussoudis a Ghanaian citizen who was said to be a relative of then Head of State J. J Rawlings, became romantically involved with Sharon Scranage, an employee of the US Embassy in Accra. It turns out that she was an Operation Support Assistant for the CIA. On her return to the US, she failed a polygraph test and it was revealed that through the course of her 18 month “relationship” with Soussoudis, she had revealed the identities of eight Ghanaian CIA agents in the country. Soussoudis is an example of employing what is known as a successful “honey trap” to gain classified information in the intelligence world. Through this, a planned US supported coup was foiled.

Mr. Soussoudis who held US permanent residence, was eventually lured to the US by Ms. Scranage after her own arrest. He was arrested and eventually sentenced to 20 years in prison. He was freed in exchange for the 8 Ghanaians whose identities he had exposed. They were eventually resettled in Virginia and he returned to a hero’s welcome to Ghana. This is a situation in which the “honey trap” worked in Ghana’s favor.

The main concern of most right-thinking Ghanaians is that very question of whether a man who has been publicly compromised in this manner, can inspire confidence in the security agencies he superintends. With this vulnerability of his exposed, he may already have caused the nation harm, or is most likely to do so, if he stays in his position with the great responsibilities entailed in his job.

This is a situation in which the national interest must remain supreme, well ahead of any partisan, parochial or other interest. This is not a situation in which a man is forgiven by the president and all is well. The national interest is the only consideration here. The radio rantings by pastors and other politicians, debating the morality of all this, are largely irrelevant and miss the point completely. Our safety as a people is all that matters and must trump the individual issues of the minister or the governing party.

If the minister has any shred of integrity left, he needs to hand over his job back to the president, so he can appoint an alternative person in the interest of our nation and its security. If he doesn’t resign, the president should follow the courage of his convictions and thank him for his service, then replace him. That would be best for all of us.