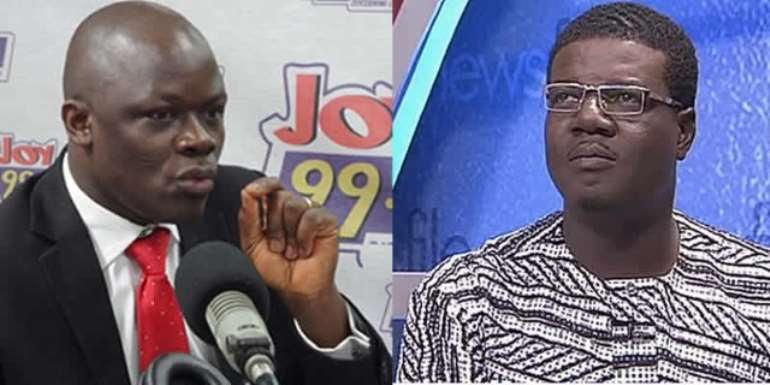 Two legal practitioners are in standoff over the legality of the decision of a private law firm to cancel a one-year pupillage of two law students after they became pregnant.

The two young female law students are both married and say they did not know their pupillage would be cancelled after their pregnancy.

After graduating from the Ghana School of Law, it is required of every prospective lawyer to undergo the pupillage – an internship – with a law firm for a year before being called to the Ghana Bar Association.

Legal Ink Lawyers & Notaries, the private law firm, has said its decision on the two law students concerns pregnancy-related health issues and is consistent with the firm's established rules.

The story broke on Tuesday, January 14, 2020, and has since piqued public interest – with many criticising the private law firm for discriminating against the women.

On Joy FM’s Super Morning Show on Wednesday, two private legal practitioners, Rockson Dafeamekpor and Samson Lardy Anyenini espoused different views on the decision of Legal Ink & Notaries to ask the ladies to go home despite doing at least two months out of their 12-month pupillage.

Mr Dafeamekpor, who is also a legislator, believes that the management of Legal Ink & Notaries breached the law, particularly Articles 27 and 17 of the Constitution, but Mr Anyenini holds a counterview.

Mr Dafeamekpor, a Member of Parliament for North Dayi in the Volta Region and a former President of Young Lawyers Forum Ghana, said although the ladies were not full-time employees of the firm or certified lawyers, Article 37 of the Constitution covers their internship status.

But slugging it out with Mr Dafeamekpor on the Super Morning Show on Wednesday, Mr Anyenini, who was Mr Dafeamekpor’s vice at the Young Lawyers Forum some years ago, disagrees.

He said 27 (1) of the Constitution, which states that “Special care shall be accorded to mothers during a reasonable period before and after child-birth; and during those periods, working mothers shall be accorded paid leave,” does not apply to the two law interns because they are not true employees of the firm.

Had they been employees, they would have been entitled to the privileges that they should enjoy as lawyers, he said.

Mr Rockson Dafeamekpor is of the view that not every legal work in the law firm ends in the court, suggesting that there are other tasks like drafting of cases and solicitation which Legal Ink could have allowed the ladies to perform if pregnancy-related health issues were a real concern.

“These ladies, I am sure, are capable of doing these,” he stressed.

He also challenged Mr Anyenini that Article 27 (1) of the Constitution does not apply to the two law interns because they earn stipends. “Their circumstances are covered under the Labour Law,” he pointed out.

“The Law firm is wrong,” he said and urged the General Legal Council to direct the firm to call back the two ladies.

“It sends a very terrible signal. Are they saying that in the event that they finish the pupillage, and they become full members of the firm and they become pregnant they will be subjected to the same treatment?” he asked.

He also expressed the view that the nature of pupillage has changed over the years, stating that these days, with improvements in telecommunication technologies, the ladies could even perform tasks assigned to them by the law firm from home.

“The constitution [in article 27] says ‘working women’ – which includes partial, temporary and ephemeral workers,” he emphasised.

Mr Anyenini, on the other hand, interprets Article 27 (1) differently, stressing that that law does not apply to the ladies and other persons under pupillage because they are not ‘employees’ in the true sense of the word.

“I think he [Mr Dafeamekpor] is misapplying those provisions in the manner he is doing them now. Let’s not kid ourselves, if I as the lawyer who is overseeing the pupillage, at the end of the day I cannot faithfully, in good conscience certify that you have undergone the process, in the manner that is expected of you, I should be in a position to advise you. It is not up to you only to tell me that you are capable when I know I am supervising you and can tell that you are incapable,” Mr Anyenini said.

He said it was a privilege for the ladies to be accepted by the law firm as interns.

He also criticised the way the story was reported, stating that it is wrong to suggest that by the mere discovery of pregnancy, the firm decided to take the decision against the ladies.

“If you listen to their [law firm] side of the case, it was not just a question of pregnancy…the story out there appears to have suggested that women who have lost their jobs simply because they are pregnant. That clearly is not the case,” he said.

He interprets the law firm’s decision on the ladies as asking them to defer their pupillage for the period of the pregnancy and return when they are fit to deal with the demanding work at a typical law firm.

He said the matter was not about discrimination against women because if it is discussed “mutually and nicely, there would not be any problems.”

According to him, in the end, it is the lawyers at Legal Ink & Notaries whose integrity will be on the line if they fail to train the interns properly.

Mr Anyenini believes it is only fair to allow the law firm to supervise the training of the law students in a manner that delivers on the objectives of the 12-month pupillage.

The General Legal Council has declined to comment on the matter, explaining that because the matter is likely to come before its panel, it will not make a public pronouncement on whether the decision to cancel the internship is just or otherwise.