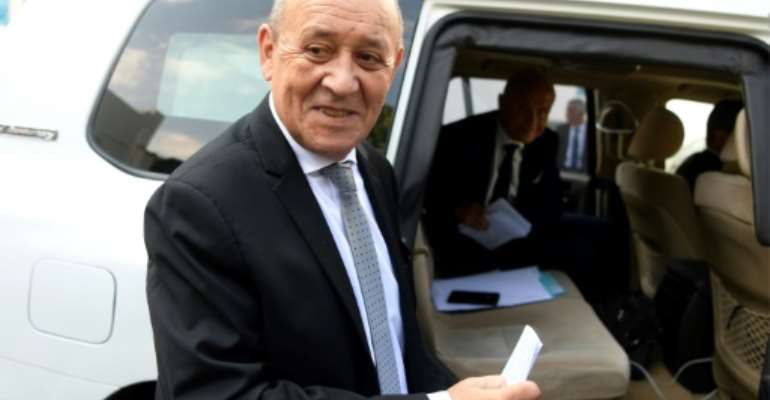 Europe and North Africa have launched a diplomatic offensive to try to prevent Libya, with the increased involvement of international players in its conflict, from turning into a "second Syria".

The flurry of visits across the two sides of the Mediterranean comes after Libyan strongman General Khalifa Haftar's forces captured the strategic coastal city of Sirte from the UN-recognised Government of National Accord and Turkey deployed troops in Libya to support the GNA.

Turkish President Recep Tayyip Erdogan and Russian counterpart Vladimir Putin at talks in Istanbul on Wednesday called for a ceasefire in Libya, although they are seen as supporting opposing sides in the country.

Last week, Turkey sent its first troops to help defend the Tripoli-based GNA, and Erdogan contends there are 2,500 Russian mercenaries supporting its opponent, Haftar -- a claim denied by Moscow.

Haftar also has the support of the United Arab Emirates, Saudi Arabia and Egypt, all regional rivals of Turkey.

GNA chief Fayez al-Sarraj, welcomed the ceasefire call from Istanbul, while there has been no reaction from Haftar's camp.

The UN special envoy to Libya, Ghassan Salame, also welcomed the Russian-Turkish initiative and urged an immediate cessation of military operations in the North African country that has been wracked by chaos since its 2011 revolt that toppled longtime leader Moamer Kadhafi.

Salame is working on preparations for an international conference on Libya expected to be held in Berlin in the coming weeks.

At the forefront of regional efforts, Algeria, which shares a 1,000-kilometre (600-mile) border with Libya, Monday hosted both Sarraj and Turkey's foreign minister. On Thursday, it was the turn of the top diplomats of Italy and Egypt to hold talks in Algiers.

Algeria says it rejects all foreign interference in Libya's conflict and called for all parties in its neighbouring state to turn to a "process of inclusive national dialogue".

French Foreign Minister Jean-Yves Le Drian warned Thursday on a visit to Tunisia, another neighbour, that "the escalation in Libya threatens to destabilise the whole" of North Africa.

Libya's conflict was also at the centre of talks held on Wednesday in Cairo involving Le Drian and his Italian counterpart, Luigi Di Maio.

Italy, according to analysts, sees itself as a key player in Libya because of its historic links as the colonial power and opposes the increased roles of Turkey and Russia.

Italy's Prime Minister Giuseppe Conte hosted Haftar on Wednesday and called for a halt to the offensive his forces have waged since last April against the GNA-controlled capital.

Sarraj, at the same time, met EU leaders in Brussels as the bloc scrambles to contain the escalating crisis in Libya.

German Foreign Minister Heiko Maas told reporters: "We want to prevent Libya from becoming the scene of a proxy war or Libya becoming a second Syria."

The EU pledged to "step up efforts towards a peaceful and political solution" and said it fully supports the UN-sponsored talks planned in the German capital.

Libyan and Italian media said Conte wanted to orchestrate a meeting between Haftar and Sarraj, but the later who was also headed for Rome backed out once he learned that his rival was in Italy's capital.