Politicization And Equalization of Mediocrity 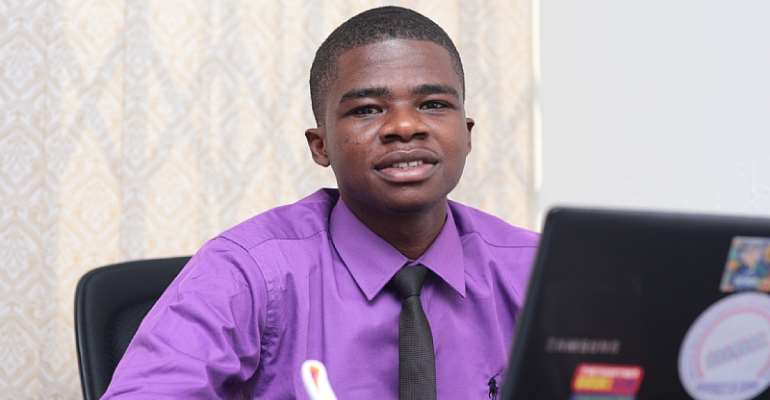 You. Is your loyalty to your party or nation?
Why did I ask?
Politics has blurred the objectivity and thinking of many especially those in higher authority.

For young men and women who passionately abhor wrong of opposing parties at a point in time to jump to the defense of their own at other times is quite sickening. As the year comes to an end, and as the hope for a better Ghana tomorrow rekindles, so should our loyalty to the country be strong and the quest to stop the cycle of poverty be unbending.

Alas, fellow compatriot, there is the need to ponder over this: “Right is right even if no one is doing it; wrong is wrong even if everyone is doing it.”

Politics of Insult
Have you taken your time to read some news online this morning? How often do you read the comments below? Sometimes reading these comments points to how intolerant some young people are becoming. For every civil society, no matter the extent we disagree or how dissatisfied we are with the government’s policies, appointees, actions or inactions, I do not think there is any reason to justify such insults. Insults may never change men the rightful, civil and legal actions throughout history are what has caused the ‘transformational difference’. We must join in the effort to condemn the Politics of Insult.

Surprising enough, I have witnessed young people who were good at raining insult on others for their actions. Now in the saddle of governance, with the opportunities at their disposal, they repeat similar or worst mistakes they had earlier hurled insults at.

Our Educational System
Why are there too many modifications in our educational system yet the quality of output in terms of labor force keeps declining?

The fundamental role of any educational system is to empower an individual to think critically, with positive attitudes to lead development. This has been the philosophy of many advanced countries such as Finland. How many Ghanaian children and young adults are able to perform simple civic responsibilities and act with civility in their secret places or publicly? Has our system not been wrecked by the need to pass exams rather than building a framework to nurture critical, responsible citizens? If Ghana’s educational system is that better, why do politicians send their wards overseas to study? Let’s unveil this mask of hypocrisy. Often, we are told our education system is better than most African Countries. Then comes the befitting question thus: In the pursuit of excellence do you compare oneself to the least or greatest?

What if the Government focused on empowering its citizens to be resourceful enough in discharging their parental obligations such as taking care of their wards and focus on it building more schools and curbing the infrastructural deficit? After all, a different government in power is likely to scrap ‘Free SHS’ off. By this, you will agree with me how we jeopardize our future when politics overrides everything including our educational system.

The Vicious Cycle of Unemployment - The ‘political figures Vs. the reality’

Governments should act in ways that benefit their citizens. Sometimes, it falls on a government to also be very decisive and deliberate in solving a particular issue by acting within the confines of the law and innovation policy approaches.

Could the Government not have prosecuted individuals whose actions led to the collapse of banks and ensured jobs were protected? In such situations, the Government must engage active actors like Civil Society Organisations and most importantly the opposing views to fashion an innovative way of dealing with the crises while taking the perpetrators through legal actions.

Rethinking the conversation about the National Cathedral

The National Cathedral (of Ghana) is being constructed to serve as an interdenominational place of worship for Christians.

The Concerns raised so far suggest the cathedral is a misplaced priority by the Government. Others, like the clergy, have suggested this is an important infrastructure that would strengthen Ghana’s peace, attract tourists and boost revenue.

While the points above cannot not be underrated, are there not enough churches closer to the doors of many to preach salvation and call for attitudinal reforms? Are there not many with Bibles in every facet of human life? Missionaries of old, and the Church today, build schools. The government finds a reason to build a cathedral to the detriment of the suffering of the masses. What a sharp contrast?

According to Proverbs 14: 34, Righteousness exalted a nation: but sin is a reproach to any people. Is it a cathedral that Ghana really needs or an attitudinal shift? If the Government sees religion as a catalyst for national development, the most cost-effective way is to hand over schools to the religious bodies who once owned them. The “Most High does not live in houses made by human hands. As the prophet says: ‘Heaven is My throne and the earth is my footstool. What kind of house will you build for Me, says the Lord, or where will My place of repose be?”

When Government, operating a secular constitution intervenes in the religious activities of a section of the population, in the long term, the minority on that divide suffers from subjugation giving rise to a new form of feudalism. This land carries on high the “The cause of Freedom and of Right” now and forever.

For long, Ghanaians have been shifting blame and responsibilities. For long, we have been good at identifying who is responsible for our woes. Have the responses changed anything yet? If we cared to find answers to what is causing Ghana’s underdevelopment, competence will rule over incompetence. Each one of us will realize how together we could build a highly effective society.

The Plight of Civil Servants, the body politic and the hypocrisy

Since childhood, the privilege of being introduced to newspapers leads me to observe that hardly does a month went by without a Civil asking for a raise in wages and better conditions of service. Although sometimes the position of Government on matters of wages is justified, the question-begging is, to what extent?

Government excuses often are about the bloated public wages as a section of GDP It also portrays how the Government has failed to mitigate its own burden. Although the government is trying, more needs to be done to empower the private sector since the private sector in every successful economy is an engine and a catalyst for economic growth. If the Government could ensure effective and efficient public sector reforms with less corrupt practices, nepotism and favoritism and other ill-fated practices towards work, the state could have more money which could partly be used for satisfying reasonable demands by Civil Servants?

On the contrary, the sad irony about our civil service has been the desire to accumulate wealth and lord over the ordinary Ghanaian. It is time to revisit why some educational institutions set up strategically to “develop the public administration, to provide civil servants with administrative and professional competence and administer national and regional services” are veering off the wheels.

The rise or fall of our public sector is dependent on a now or no commitment to institutional reforms, training and Key Performance Indicators.

Ghana beyond our hypocrisy in 2020 is achievable if we will pay attention and focus on what could make us prosper as suggested by Ephraim Amu in his song Y3n ara asaase ni. To wit, this is our own native land:

This is our own native land;
What a priceless heritage,
Acquired with the blood our ancestors shed for us;
It is now our turn to continue what our ancestors started

Bragging of educational achievements;
Or useless greed for material things and bad lifestyles are destroying our nation and disgracing it.

Obedience and respect;
Caring for the welfare of one another every day,
Selflessness in the traditional way;
Ensures each person’s welfare,
That is what will bring peace and prosperity to our nation.