Mensah Bonsu Goof As He Inadvertently Calls For Total Recall Of Akufo-Addo, Bawumia

By The Punch Newspaper
General News 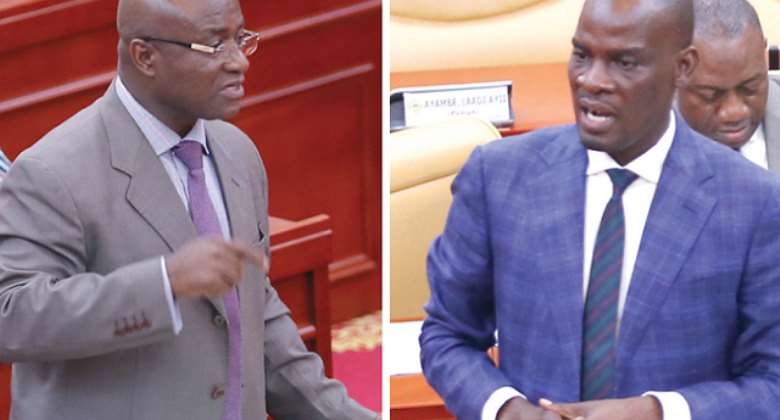 The Majority Leader in Parliament, Hon Osei Kyei Mensah Bonsu, in an apparent attempt to lampoon the Minority in Parliament for not being party to the attempt by the Electoral Commission (EC) to rip the nation off with its whopping Gh¢ 1.8 bn budget for the 2020 general election, gave the NPP away as being in bed with the EC to rig the election to favour NPP.

Speaking at the NPP’s annual National Delegates Conference at the Trade Fair site environs in Accra, yesterday, the Majority Leader tried vainly to chide the NDC as being afraid of a New Voters Register because they know they will lose the next election.

According to the unimpressive Majority Leader, known for his usual oratory, because the NDC feared that a new EC Register will expose their weakness, they had poohpoohed the EC budget by staging a walk -out of Parliament on Friday. He thought this statement will light up the faces of the delegates but it fell flat.

Meanwhile, it is the same register that produced a win for the NPP in 2016 to enable Nana Addo Dankwa Akufo- Addo to take over the reins of power from John Dramani Mahama to form a government as the elected President of the Republic of Ghana.

"So if you say the existing register is bloated and thus not credible then it means it cannot produce Nana Addo as President and Dr Mahamadou Bawumia as his Vice.

"They must both resign and call for a new voter register to hold the best presidential elections by inference," a delegate said.

As he spoke uninspiringly you could see from the faces of the delegates that they were not enthused by that, since it suggested that Nana Addo and Bawumia were not elected by a credible voters register.