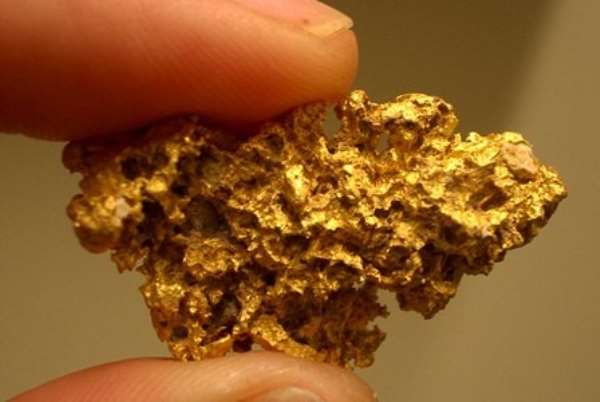 The natural resources in Africa have been extracted and exploited for centuries, by the developed world and foreign companies.

Therefore, it sounds too good to be true if foreign companies show interest in investment in Africa when it comes to business but African leaders never see it in that way.

African leaders have failed to realize that the looting of Africa’s resources will come back modernized, not through slavery, colonialism, Apartheid, Aids, and Ebola, even though the latter is what is being used in Congo at the moment to meet the demand of the technological world.

I have to make it clear that the developed world is not interested in the progress of the continent of Africa; therefore, Africans leaders must be careful. Africa will never go through such horrors in its political history if the developed world really loves the people. They never love, therefore, they have no love for Africans.

They are only interested in the continent's resources and to get close to that wealth, they need to pretend they love the people. Health workers are fighting to save Ebola victims in Congo, not because they love the Congolese but to avoid the spread of the disease to Europe and the United States of America.

Desperate African leaders without solutions for African problems politically and economically, quickly open arms for foreign companies but the truth is Africa doesn’t benefit from the profits of foreign companies.

All the money goes back to the respective countries of foreign companies. This is one of the reasons developments in Africa have been a challenge or at a very slow pace.

Africa has so far been subject to growing land grabbing, vast territories grabbed by large private interests and international companies.

The continent continues experiencing intensive agricultural and mining exploitation, at the same time; products for destinations outside the African continent are purchased at a very low price.

Often the local workforce is exploited to the maximum and paid to the minimum, also undermining the traditional social fabric, distorting the environment and then leaving pockets of poverty and abandonment.

As is well known, the sub-Saharan region is the main target of these unscrupulous operations, which also benefit from the corruption of local potentates and the ignorance of many.

Of all the territories acquired through land grabbing worldwide, it is estimated that over 40% is in the region of sub-Saharan Africa.

The research quantified the acquisition of land in the Democratic Republic of Congo alone in 7.2 million hectares. 9 out of 10 countries in sub-Saharan Africa are dependent on commodities because over 60% of all their exports are provided by commodities.

If African leaders for a while will think about the historical facts of slavery, colonialism atrocities, horrors of Apartheid and medical crimes on the continent, they will know immediately that the developed world will never get Africa out of poverty.

Poverty alleviation in Africa can only be achieved by the efforts of African leaders themselves and it can be achieved successfully if the fight against corruption is done in a better way and when the exploitation of the resources by foreign companies comes to an end.

African leaders must ignore the propaganda of the United Nations and other humanitarian organizations that pretend they are interested in the welfare of Africans.

In fact, they have contributed to much suffering of Africans, by destabilizing our economies and inflicting man-made diseases on the continent to reduce its population and to take control over the continent's rich resources.

One thing also African leaders mustn’t forget is Europe and the United States of America are running short of resources, which are abundant in Africa, so, they will never leave the continent alone.

That fight to survive will always be a curse on Africa since they used clandestine acts that affect the economy and the people.

There is always hope for Africa if the leaders can be bold enough to stop the exploitation of the continent’s resources by foreign countries.

They are stealing our timber, gold, diamonds, cobalt, and other precious metals, not even our fishes are spared. They break the rules by fishing illegally in our waters, while the African population continues to live in poverty.

The pacification and the overcoming of the current conflicts in some countries must be important issues to create the operation of the African continental zone of free trade without duties and barriers.

It is a great challenge but with the kind of resources which aren't available on other continents, Africa has the power to make it. We must sacrifice to sow in tears and reap in joy.

Savannah: NADMO to clear buildings on waterways after heavy ...
17 minutes ago