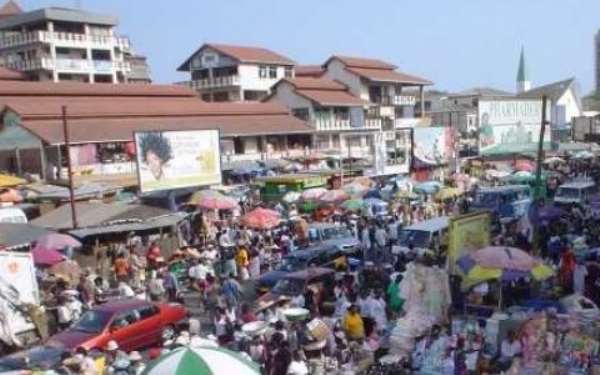 Ghana’s economy recorded a GDP growth rate of 5.6% for the third quarter this year.

The 5.6 per cent growth rate was the lowest growth recorded for this year. This is because, in the first quarter, growth peaked by 6.7 per cent, while in the second quarter it went up by 5.7 per cent.

Now compared to the same period in 2018, this is the lowest since the second quarter of 2018.

This was contained in a December 2019 data from the Ghana Statistical Service (GSS).

According to the data, the Agric sector, recorded the highest growth of 5.9 per cent, while the services and industry sectors, all recorded a 5.7 per cent growth rate.

This is also the first time of the third quarter of 2018 that the Agric sector has outperformed all the sectors.

Based on the data released by the Ghana Statistical Service, the industry’s performance was influenced by the high growth of Electricity which went up 10.8 per cent, Mining and Quarry which includes oil as well as manufacturing.

The Services sector’s growth was also influenced by the strong growth of the Information and communication sub-sector, which expanded by 26.4 per cent.

Total expenditure in the oil and gas industry for 2019

A total of US$ 1.7 billion representing 64 per cent was expended on field development activities in 2018 and US$ 1.2 billion is forecasted to be expended in 2019 representing 39 per cent of the total cost.

The total expenses on oil and gas activities for 2018 is 12 per cent higher than the corresponding figure for 2017.

The increase from 2017 to 2018 is due to higher expenditure within exploration, appraisal and concept studies and production, while the decline within the field development category dampened growth in total expenditures.