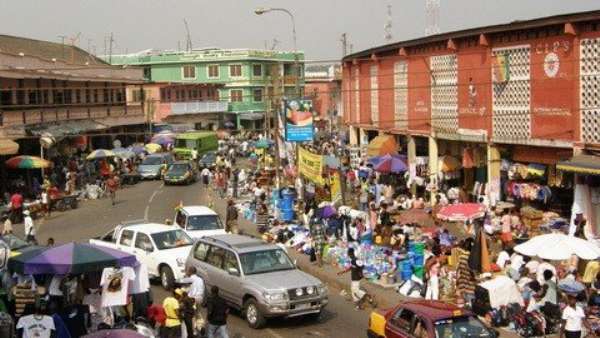 Be vigilant and watch out for counterfeit products as you do your Christmas shopping, Communication for Development and Advocacy Consult (CDA Consult) has warned shoppers.

Public Relations Officer of CDA Consult, Franck Atiase an Advocate against the proliferation of Counterfeit Electrical and Electronic Products revealed that fake dealers took advantage of the festive shopping ecstasy and flooded the markets with sub-standard goods.

In an interview with the Ghana News Agency, Mr Atiase cautioned the public to be vigilant as they embarked on the shopping spree, “critically examine products you intend purchasing carefully, especially electrical products and electronic appliances”.

He explained that counterfeiters intentionally misled the public and everyone along the supply chain.

Mr Atiase, therefore, urged consumers not to take the authenticity of products for granted, stressing “actively seek information and education about any product you intend purchasing, it helps in avoiding counterfeit products”.

The CDA Consult PRO explained that in view of the danger the public were exposed to clandestinely through the marketing of the counterfeit products and appliances, CDA Consult in collaboration with the Ghana Standards Authority (GSA) has resolved to fight against the emerging threat to life and property.

The CDA Consult, therefore, enjoined investors, manufacturers, dealers, companies and other stakeholders to join forces to fight the menace.

He said CDA Consult over the past three-years has rolled out the campaign, which is dubbed: “National Anti-Counterfeit Electrical Products/Electronic Appliances Campaign”.

The campaign, which is across the 16 regional capitals and some district capitals seek to expose stakeholders and users to the great danger, associated with patronising counterfeit products.

He said the campaign, which takes the form of workshops, exhibition and survey started in December 2017; “We need more partners to contact and join forces with CDA Consult through email: [email protected] so that we can deal with the canker of fake electrical products and electronic appliances dealers who have found fertile ground for operating in Ghana”.

Mr Atiase said the platform being created would help reduce the market share of the counterfeiters and inject the highest standards of professionalism, efficiency and respect for people and the environment into the industry.

He acknowledged the contributions of key public institutions, including; the Ghana National Fire Service, GSA, Ghana Police Service, Services Merchandise Limited, Glamossey Hotel at Abesim near Sunyani among others for providing relentless support for the campaign.

Mr Atiase noted that sitting on the sidelines is not an option in the fight against counterfeit electrical products, and called for greater stakeholder involvement in the National Campaign embarked on by CDA Consult.

He noted that everyone involved in the electrical sector - from consumer to manufacturer - has a role to play in protecting and preventing counterfeit electrical products from entering legitimate supply chains.

Mr Atiase said: “we must team up as stakeholders to eliminate electrical product counterfeiting at its source, and also prevent its proliferation into ever-expanding markets, in the country”.

The Ghana Standards Authority’s Standards Officer, Francis Mensah Akpaloo lauded the effort of CDA Consult in creating a platform among industry, government, academia, and trade associations, which was a powerful tool for addressing counterfeit in the country.

He said such a broad stakeholder collaboration would minimise the risk of electrical counterfeiting by protecting internal competitive intelligence, safeguarding against additional liabilities, and improving regulatory deterrence.

He also noted that “the counterfeiting industry is overwhelming, but that is no reason to give up and let it continue, we need to support and collaborate to deal with the proliferation, and the holistic public advocacy campaign being undertaken by CDA Consult will complement and accelerate the efforts of other stakeholders against the menace”.

Mr Akpaloo who is also GSA Technical Supervisor, therefore, urged companies to employ a comprehensive set of deterrent strategies, stressing that, “a more cost-effective way for a company to protect its brands and its consumers would be to apply a comprehensive set of deterrent strategies to prevent counterfeit products from entering the supply chain in the first place”.

Mr Akpaloo said it was necessary to shore up strategies and bolster investments that had already been committed to the supply chains, such as in brand protection and product safety and intensified public sensitisation on the dangers of patronising counterfeit products, which CDA Consult was championing.

He called on companies to join CDA Consult Campaign for the integration of product safety and quality, and educating procurement and supply chain personnel to become more sensitive to these increasing threats.