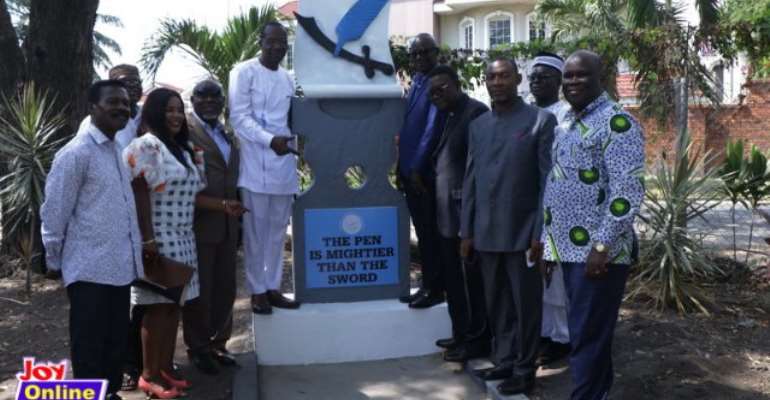 The Ghana Journalists Association on Wednesday unveiled a statue of the association’s logo at the Press Centre in Accra.

The association held a thanksgiving service to bring its year-long 70-year anniversary to an end.

The celebration was used to honour senior members, corporate organisations and individuals whose contribution to the GJA has strengthened the association and its members to play their watchdog role and to ensure harmonious democratic governance in the country.

Chairman of the National Peace Council, Professor, Emmanuel Asante and an International Evangelist, Dr Lawrence Tettteh, were among the clergy who attended the event.

Some members of the Aglow Women’s Ministry

A section of the Aglow Women’s Ministry

Chief Administrator at the International Press Centre, Fiifi Nartey and other media personnel who attended the event

General Manager of the Ghana News Agency, Mr Kofi Owusu was among the invited guests

President of Ghana Journalists Association, Mr Roland Affail Monney presents a citation to the representatives of the Graphic Communications Group.