Osun: Now That We Have The 7th Assembly! 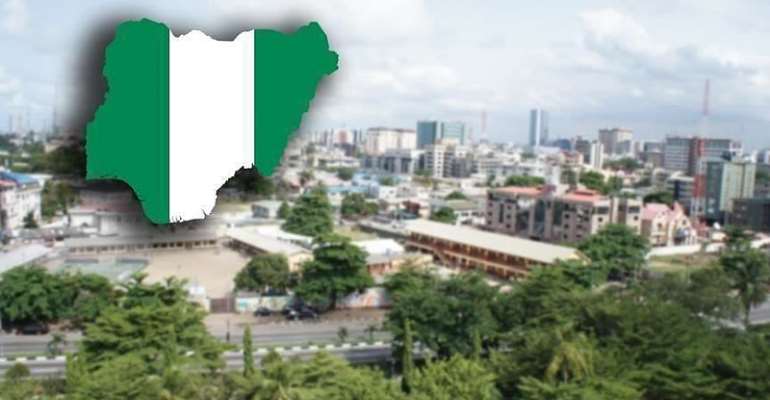 When we juxtapose the imperatival idealism of the legislative arm of government in Nigeria, vis-à-vis the preponderances of unenforceable pieces of Acts of Parliament, and the needless ambiguity in the literary interpretation of certain provisions of myriads of bills passed into law, one cannot but wonder whether we have not missed the underpinning philosophy behind the concept of state, government, good governance, public accountability and transparency. As it is at the Federal level, so it is with most of the federating states of the Federal Republic. Rather than a serious attempt at critically examining the pros and cons of the legislative functions with a view to finding pragmatic solutions to the menace of ineffective legislatures, it is always the case that, each time a session of an Assembly is about to take-off, the first thing to discuss will be the issue of welfare package for bonafide Honourable members; which also points to the fact that the needs and the desires of the electorate become secondary.

Conventionally, periodic elections and the law of possible outcomes presuppose that some older elected members of the Assemblies might not be returned, while newly-elected members will join the Assembly. Since legislative function is a very serious business, which requires painstaking rigours and adherence to strict and tested systemic procedural rules and regulations, the ‘rule of thumb’ seldom applies! Whereas the parliamentary system gives room for an elected representative to go through some training, the situational reality is that the presidential system in use in Nigeria does not allow for that. At best, it is assumed that, even a greenhorn already knows what he or she is doing! If the aforementioned situation should subsist, then, any hope for the country?

That said, the quality of the leadership of an Assembly determines the quality of its output. This in turn goes a long way to determine the success or otherwise of the government of the day. Whatever may be the weakness of otherwise of this argument, democracy becomes a dangerous gamble when classical political theories are misaligned with the reality on ground. It is like having a crisis and wasting the crisis! Without airs, the myriads of problems of Nigeria, as they are today, are enough to compel all the lawmaking bodies in the country to work assiduously to come up with pragmatic legislative instruments of remedy that can be used to straighten out our Public Administration so that the country can witness advancement, sustainable development and greatness. `​

The recently-inaugurated 7th Assembly of Osun House of Assembly most certainly understands that it should work round-the-clock to justify the people’s trust in its character and legislative capabilities. Hence, it chooses not to rely on the ‘rule of thumb’ and crass grandstanding as the Modus Operandi for its legislative engagements. In a classic show of candour and unassailable resolve, it embarked on a 3-Day Retreat, towards ‘enhancing service delivery through legislative engagement.’ With this, the lawmakers are saying that the era of pursuing legislative duties with mere missionary commitment and clockwise precision is gone. That they are conscious of the enormity of the task of strategically repositioning Osun on the path of ‘Continuity and Consolidation’ is a huge political capital that is indicative of their leadership quality, maturity and character-calibre. Thankfully too, the state government has just organized an Economic and Investment Summit, which has now given everybody something to think about. So, the Timothy Owoeye-led Assembly deserves commendation for getting that aspect right!

The popular catchphrase is that you don’t tell the truth to the man in power! Broadly speaking, what are the responsibilities of a knowledge-based Osun legislature to the other arms of government and how can it help, especially, the executive arm in promoting sustainable economic development and growth in the state? How can it choose what it wants to do, set its heart to it and create the advantage so that succeeding generations will inherit a future devoid of political savagery and inevitable traumatization? If representative democracy is about Development Agenda and Service Delivery, will our lawmakers pass laws that are capable of making the aggregation of the people’s aspirations, political agitation and demands the essence of their legislative engagements?

Will the 7th Assembly remember that the representatives are not above the represented - those who surrendered their mandates to give governments legitimate authority to govern?What this translates to, in a nutshell, is that the burden of discharge of relevant, functional and quality legislative laws and informed, pragmatic and enforceable Acts of Parliament rests squarely on the shoulders of these Honourables. Therefore, slothful acts and unrepresentative representation of the masses will show lazy politicians the way out. If they hold the business of governance in high esteem; and are irrevocably committed to the development agenda of the state government, it is, at the minimum, a sure guarantee that the goods of democracy will be delivered to the masses.

From time to time, the executive arm will surely need expedited favours from the state legislature. But, while it is beautiful and desirable for the latter to be in agreeable and collaborative terms with the former, Osun will be better with a House that is impartial, yet critical; a House that understands that a Rubber Stamp legislature runs the risk of being a threat to the fundamental philosophy and essence of participatory democracy. A Rubber stamp parliament devours efforts in justice and deflates new ideas about the thirst for the Rule of Law.

Give it to Osun government for its achievements in the security sector. But then, the fact that religious bodies are now at the forefront of payment of ransoms to bandits in parts of the country is an indication that it is not yet Uhuru! Against this background therefore, the legislature has a critical role to play in the formulation of appropriate legislative frameworks that will engender a radical communication approach and serious industrial strategy for the state. It must help in enacting statute laws that will bring about the transformation that will be appropriate for the people, with the people, and for the people. How I also wish this Retreat would help our lawmakers come up with appropriate legislations that can offer leadership at this time of socioeconomic meltdown and connect us to the values of our common humanity?

May the Lamb of God, who takes away the sin of the world, grant us peace in Osun!