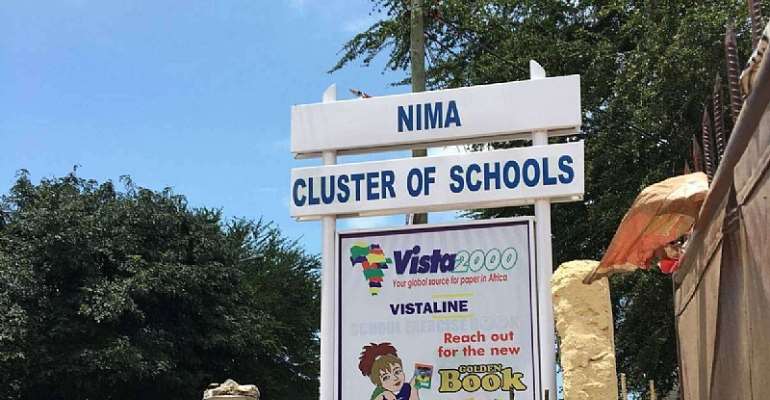 Ghana appears to be struggling to attain the UN Sustainable Development Goal 6, which deals with Water, Sanitation, and Hygiene for all. While some homes in Ghana still do not have access to toilet facilities, many public basic schools either have inadequate toilet facilities or none at all.

The Nima cluster of schools located in the heart of Nima, a community in Accra, with an estimated population of about thousand students is one of such schools.

A report by Citi News' Michael Ogbodu and Edna Boakye revealed that the situation is encouraging open defecation.

Some students from the cluster of schools shared their ordeals on how they attend to nature's call during school hours.

“Normally, there are a lot of people at the place so since you don't want to waste time and miss the lesson by waiting, we go somewhere else,” said one male student.

Citi News gathered that the entire school population depends on just four toilet facilities, hence, puts a lot of pressure on the facility.

“Sometimes you can come to the school toilet and the woman [attendant] there will tell you that there's no water so you'll have to go fetch and come. Sometimes, you go to the tap and it's not flowing. You wouldn't know what to do at that moment,” one girl lamented.

The students are exposed to a high risk of crossing the roads during school hours in order to use public toilets.

The same can be said for those who opt to use the nearest bushes to ease themselves.

On his part, the Accra Metropolitan Assembly's Greater Accra Sanitation Project Coordinator Graham Sarbah explained what has been done so far to address the situation.

“Somewhere last year around February, we got to know that the school is without toilet facilities. Actually there was some but they weren't functioning very well so we asked one of our contractors to come and put up one. We gave him six months to complete.”

“In actual fact, he should have completed last month so that when the children reopen they will be able to use it but unfortunately it's not done. But I can assure you that by next week we should be able to complete the facility,” he said.

The students have further appealed to authorities to come to their aid in building toilet facilities for the school.