Italy to renew deal with Libya to block migrants 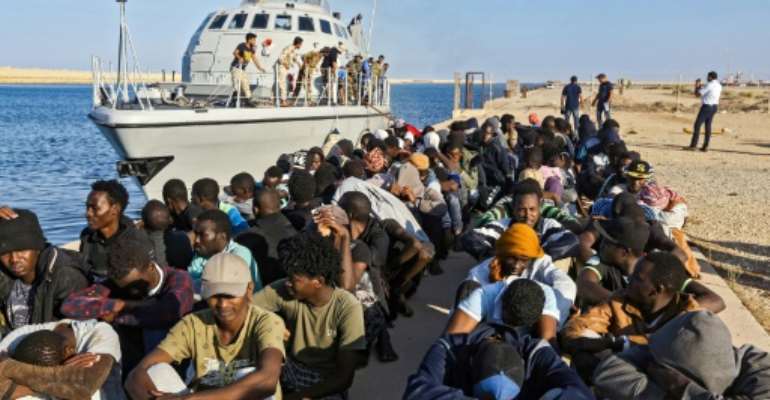 Italy has renewed a controversial agreement signed in 2017 with Libyan coastguard to block illegal migrants trying to leave from the North African country's coast, the government has said.

Libya, wracked by conflict since the 2011 uprising that killed dictator Moamer Kadhafi, is a major transit route for migrants, especially from sub-Saharan Africa, and often to Italy across the Mediterranean.

Italy's Foreign Minister Luigi di Maio told parliament on Wednesday that the deal with Libya would be automatically extended for another three years from November.

"A reduction of Italian assistance could mean a suspension of Libyan coast guard activities with consequences: more departures, tragedies at sea and a deterioration of conditions for migrants in holding centres," he said.

Rights groups fear Italy's deal to have boatloads of migrants intercepted before they reach international waters could place thousands of people with a right to asylum at serious risk.

Critics are also concerned over the fate of migrants in Libya's detention camps, where conditions are often squalid and a lack of regulation means people face torture, sexual abuse and forced labour.

Di Maio said the government would work to improve the deal but he noted that the agreement had helped cut migrant departures from 170,000 people a year in 2016 to 2,200 two years later.

He said the government would work with the United Nations to better conditions in Libyan migrant camps and to increase funds for migrants to be repatriated back to their countries.

Marco Bertotto, an Italian representative for Doctors Without Borders (MSF), called the modifications to the deal just "humanitarian makeup" that would be difficult to achieve.

He said the only humanitarian solution was ending the arbitrary detentions in inhumane conditions in Libya and evacuate refugees and migrants.

MSF said Italy and the international community should stop supporting authorities and coastguard who only "increase suffering and violations of human rights and the hateful practices of trafficking".

With the backing of the European Union, Italy has been providing technical support for the Libyan coastguard as well as information on migrant vessels.