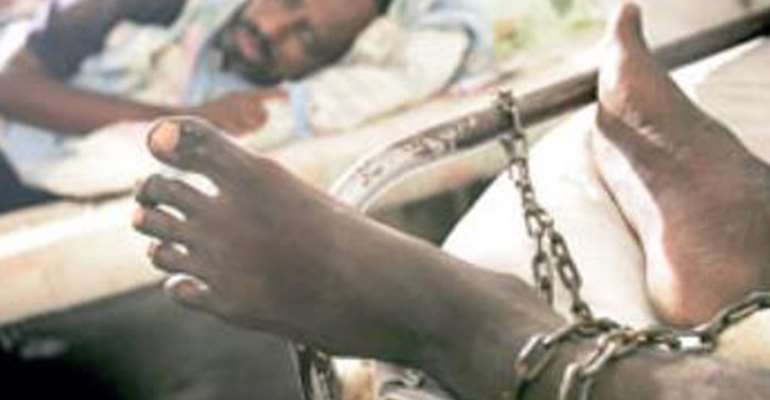 We commented on mental health in a previous edition but are constrained to return to the subject once more because it is still misunderstood by most Ghanaians.

Being a misunderstood subject as observed above, the fallouts manifest in bizarre murders and sometimes unusual or weird sexual encounters.

A few days ago, Daily Guide chanced upon a story about a young man, gainfully employed, raising a knife to his throat and slitting it. He was rushed to hospital where he succumbed to death.

When symptoms of mental challenges manifest themselves, these are dismissed and denied the attention by family members, let alone being sent to mental health treatment facilities.

Most Ghanaians do not know when to seek the intervention of psychiatrists for fear of having patients stigmatised. To be labelled a lunatic in our typical Ghanaian communities is to be permanently avoided by all, including family members.

We may not be specialists in this area of medicine but have chanced upon many instances of persons showing telltale symptoms which have been left untreated with regrettable result.

The young man who in spite of the pain associated with slitting his throat went ahead to do so was, of course, a mental patient. Were his family members especially his wife observant, they would notice something unusual about his behaviour and called for intervention from an expert.

Victims of mental ailment when the symptoms are fully blown are condemned and abandoned at the psychiatric hospital hardly visited.

Those who are discharged from such facilities after receiving treatment are hardly assimilated into the community, with their moves always considered as signs of lingering lunacy.

It is gratifying to note that the state has in view of the position of mental health and the fact that there are many instances of the challenge, established a mental health authority to cater for the peculiar needs of managing the subject.

It is our take that the authority be assisted with the necessary budgetary allocation to embark upon public education about mental health. This way, people would accept mental ailments as they would other medical conditions; they are treatable especially when detected early.

One psychiatrist made an observation about the many persons who require psychiatric intervention yet do not know this and so walk about as though nothing is amiss with their mental state.

Post partum conditions which sometimes affect women when they are delivered of their babies are characterized by mental illness. In some societies, this is misunderstood and associated with unscientific conclusions.

Only a public education outreach can address this costly ignorance about mental health.