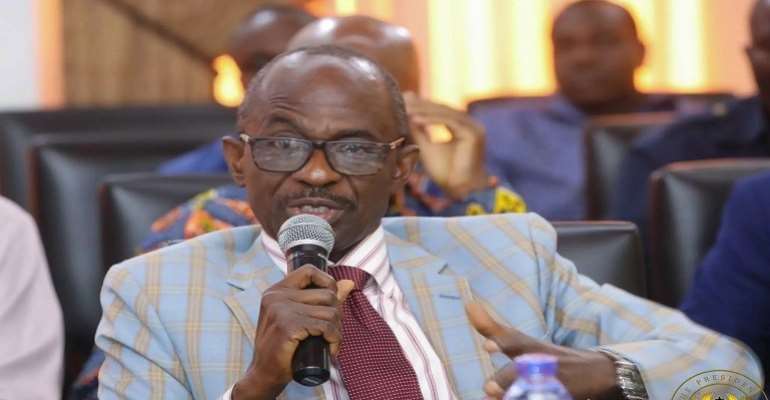 Ever since the suspension of the contract of the Power Distribution Service (PDS) by the President Nana Addo Dankwa Akufo-Addo led Ghana government took place around July, 2019 for an alleged failure on the part of PDS to provide a Demand Guarantee as proof of its financial ability to run Electricity Corporation of Ghana (ECG), and other allegations of fraud, the entire actions of the National Democratic Congress (NDC) have been dazed with inconsistency in their stance, and also irregular coordination even among its top hierarchy; where the opinions of the party leadership have not been in line with that of the Minority in parliament, and at times also being very parallel with that of some members of the Minority.

Aside from the inconsistency in their position in this whole PDS issue, the most annoying aspect has been the party allowing morally unfit individuals like Asiedu Nketia and former President John Mahama who are allegedly known thieves and nation coffers' milkers to lead the PDS issue crusade of their perception of a state capture, corruption and fraud. How just can an Asiedu Nketia who sold building blocks at very high prices to the constructors of the Bui Power project during its construction as a Board Chairman of Bui Dam ever have the locus to call anyone a criminal or a corrupt? How can a John Mahama who also gave away 60% of Ghana's entire Bauxite which is valued at 460 billion dollars to his brother, and also gave away a huge 80% of the entire assets of ECG to his foreign cronies and only 20% for local ownership so that he together with these foreign cronies of his could supposedly milk the nation for 25years, ever accuse a Nana Addo who renegotiated it to 51% locally owned and 49% foreign owned for a 20 year concession, of "state capture", clearly this is logically unsound.

Back to my opinion to why I think the NDC is acting like a bunch of disorganized clowns confused about their scripts during a play.

Note;
The NDC and the Minority continuously accuse the President Nana Addo Dankwa Akufo-Addo led government of fraud and connivance to defraud the state with respect to this PDS issue, yet it is this same President Nana Addo led NPP government which detected the guarantee anomalies in this PDS issue, called for its suspension, declared its process leading to the contract and operations wrong after its investigation, and finally its termination even in the face of another independent investigation by the USA clearing the PDS of any wrong doing. This as a result makes it evidently very illogical on the part of the NDC with its consistent accusation of this government of fraud.

Again, after the suspension of the PDS contract, the NDC claimed they had a strong belief of corruption on the part of PDS and Ghana Government so they had no faith in a forensic audit by the Millennium Development Authority (MiDA) and Ghana government, and would rather prefer an independent investigation by the USA government which eventually caused them to petition the US to probe the PDS saga around 15th August, 2019. But after the results of the probe by the US claiming that the contract and the entire process leading to the contract including the switch from a bank guarantee to an insurance guarantee were valid, and no wrongdoing was found, the NDC through a press statement read by Asiedu Nketia on 22nd October, 2019 still rants around that the President Nana Addo Dankwa Akufo-Addo led government attempted a State Capture with the PDS contract and also the PDS contrast is fraught with fraud, and so, there is a need for the respective MiDA and ECG Boards' dissolution, dismissal of the Energy and Finance ministers, an audit of the PDS account and prosecution of all people close to it. And this is a position found to be highly ludicrous.

The consistent inconsistencies and disorganized state of the NDC per this PDS issue is highly absurd and can only be likened to the decisions of a totally drunk driver in the middle of a potential accident. The NDC has vividly showcased that they can not be relied on as a better alternative for the firm management of this country.