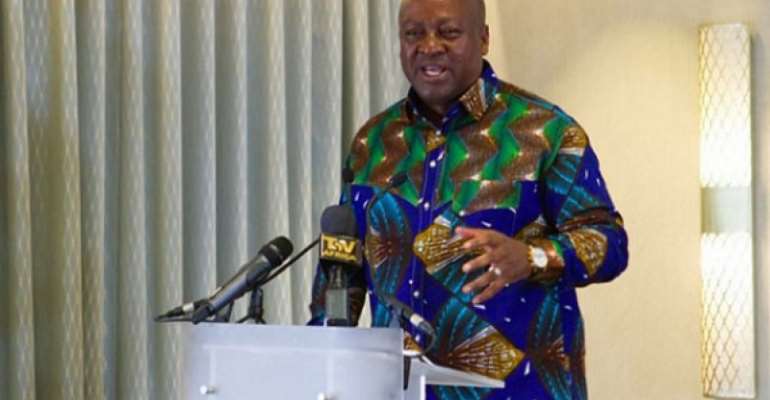 Gabby Otchere-Darko's observation about the NDC's newfound mantra 'state capture' which found space in the John Mahama's sulking expression about the terminated PDS deal calls for a commentary.

Gabby's claim that John Mahama and Alex Mould could have 'imported' the expression from the rainbow country is instructive.

Some of us, however, are not privileged to understand the context in which the duo wants us to digest the expression. One thing which is unambiguous about the John and Alex though is that both would rather the termination suffers public opprobrium and would do everything no matter how politically risky it is to achieve that goal.

And there comes a President at the helm who decides in the interest of his compatriots to terminate a concession agreement; being something which originated from his predecessor, it has come under an expected barrage of bad-mouthing.

Perhaps the 'state capture' implies an intervention of the state reversing the ownership of a previously public asset as in the ECG. The haranguing is intended to incur for the government an international tag of anti-private sector participation and have it hanged.

Thank God government's commitment for private sector participation in business ventures recurred critically in the statement accompanying the termination of the deal.

We recall President Akufo-Addo's call on Ghanaians to avoid politicization of everything in the country. We wish to state that the PDS debacle which should ordinarily be looked at without partisan lens has endured that treatment copiously.

Treating such issues the way the PDS is only beclouds it from convincing analysis. The testimonials for the termination are many and counting, some from unusual quarters.

Persons who lack the sophistication to comprehend the subject under review and can therefore hardly tell the role of the Al Koots or a valid insurance cover in the equation of the concession agreement are easy prey for the NDC political project and sadly so.

With the 2020 election next-door, we know what they can do in terms of propaganda or even outright mendacious expressions on the public space.

We can bet that were the concession agreement bereft of the glaring integrity flaws, the President could not resort to what is now a headache for the man who did not discover the blemishes in the first place.

'State capture' is justifiable when the interest of the good people of this country is compromised through reckless and self-serving corporate governance. That is the story of the PDS, a political brouhaha.

President Akufo-Addo and his government would have failed Ghanaians if they had glossed over what could have remained an albatross around our necks for the next two decades with consequences. 'State capture'? No, we beg their pardon. Balderdash!!!