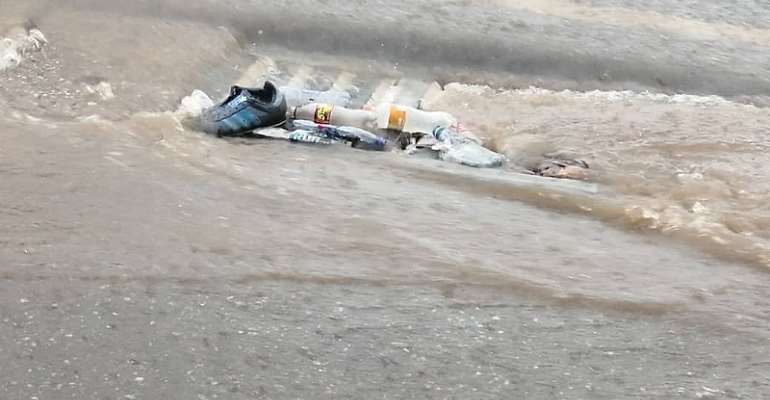 A downpour in the Kumasi metropolis on Sunday exposed city authorities’ inability to enforce sanitation by-laws and the continuous attitude of residents of dumping garbage into drains.

Choked drains were forced to bring out piles of garbage as most areas including the busy Dr Mensah section of the Kumasi Market got flooded.

Commuters, most of whom were returning home from funeral services, drivers and traders were left stranded as some had to seek refuge under sheds and premises of buildings around the market area.

Some traders were also seen dumping piles of garbage into the running water, making the situation worse.

Commercial drivers and other tricycle operators defied the rains and floodwaters to make some cash.

Some commuters who spoke to Citi News blamed city authorities for not doing enough to fix the flooding in the market area which is becoming perennial.

Others blamed the situation on the continuous dumping of refuse into drains by some members of the public.

Other areas that were flooded included the Central Business District, Adum, Roman Hill, Pampaso and Alabar.

There was a traffic jam in the most affected areas. The two-hour downpour also cut power supply in some areas.

Already, there are plans to redevelop the Kumasi Central Market as the first phase of the project which is the Kejetia Market has been completed.