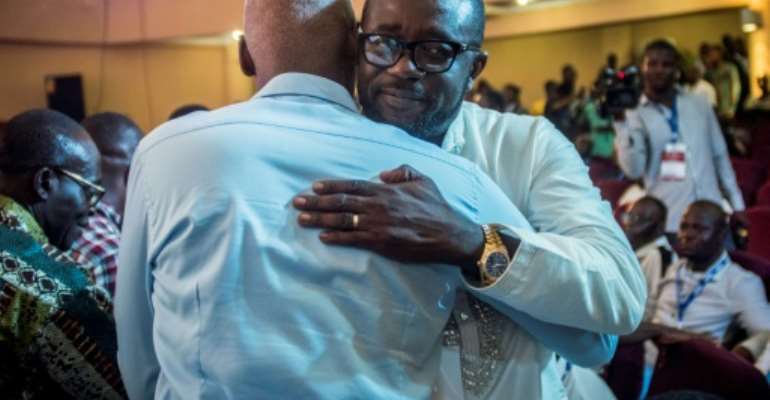 Kurt Okraku (R) was elected the new head of the Ghanaian FA after the body was rocked by a corruption scandal. By CRISTINA ALDEHUELA (AFP)

The Ghanaian Football Association on Friday named a new president more than a year after a corruption scandal forced a major shake-up of the game in the West African nation.

Okraku got the nod from the 120 delegates after beating former FA vice president George Afriyie at a second round of voting.

The expose by journalist Anas Aremeyaw Anas rocked football in Ghana and led to the creation of a "normalisation committee" to lead reforms in the FA before a new president could be chosen.

Ghana's government said the revelations in 2018 had exposed "gross malfunctioning... characterised by widespread fraud, corruption and bribery" at the country's FA.

Nyantakyi was banned from football for life by the sport's world governing body FIFA last October after being found guilty of bribery and corruption.

The sting also saw a string of referees banned for life in Ghana and football officials in a number of other African countries sanctioned.