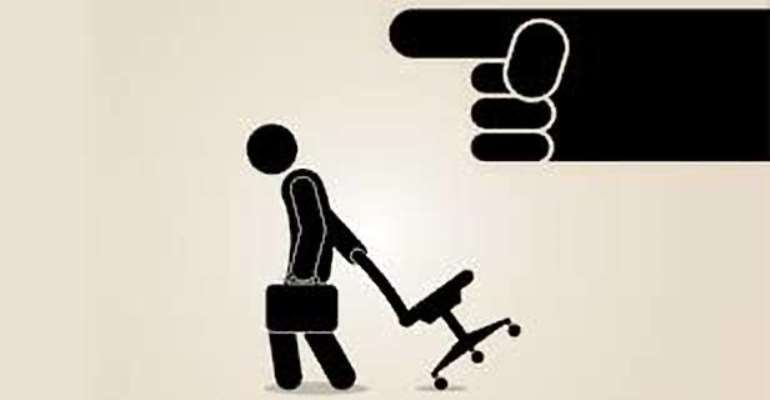 Challenges with the Ghanaian economy and Government’s own actions and inactions have resulted in about 1.2 million sustainable jobs being lost between 2017 and now, The Catalyst can report.

A whopping one million of the lost jobs is as a result of the Akufo-Addo government’s declared ban on legitimate mining.

This is captured in a 2017 UNDP report on mining which states that an estimated 1 million (1,000,000) people were employed in Ghana’s legitimate Small-Scale Mining Sector, all of them having been rendered jobless due to the ban.

Each of the one million miners has an average of two direct dependants, according to Centre for Socioeconomic Studies (CSS).

Beyond that are indirect dependants including food vendors, transport operators who convey some of the miners to and from the mining sites and others who supply mining equipment and material to the miners for operation but have all lost their jobs and sources of livelihood.

Even though this paper has not placed premium on the numbers involved in ‘Galamsey’ because of its illegal nature, Researcher Jeremy Luedi’s published work estimates that two hundred thousand (200,000) Ghanaians are involved in illegal mining (Galamsey) and that figure in turn are supporting some three million (3,000,000) people whose livelihoods depended on the illegal business.

The Government has not helped its own matters on the ban in the implementation of the Multi-Sectoral Mining Integrated Project (MMIP) after sourcing some amount of money from its partners.

The MMIP initiative is meant to provide alternative livelihoods to the miners but the Government has not been able to do so even though some of the Development Partners have fulfilled their part of the bargain by making the needed funds available to government.

Aside the above figures, about 1,500 mine workers were reported retrenched at Goldfields Mines in Tarkwa, as a result of challenges facing the mine.

The other job losses were recorded within the banking and finance, telecommunication, media, energy and other sectors of the economy.

The financial sector crises for instance as we witnessed led to about 25,000 job losses.

In 2018, The General Secretary of Food and Beverages Manufacturers Association reported that 2,700 workers of the Breweries lost their jobs because of operational challenges including unbearable taxes.

Vodafone Ghana in 2017 retrenched about 2,000 workers and laid off another 100 just this year.

It is sad to note that Yo Mart, a key shopping mall with branches all around Accra including Adenta, Weija etc has folded up causing about 1,000 jobs.

On the media front, over 500 jobs are lost to media houses including those who suffered government engineered shut-down and others who downsized because of one challenge or the other.

The other category comprises persons among Menzgold’s estimated 5,000 customers whose businesses have collapsed or are suffering because of capital and investment lock-up at the company.

There are a lot more persons whose businesses are also suffering, who either have to shut down or lay off workers because of the difficulty in accessing their locked-up capital and investments at the government collapsed banks, investment houses, Savings & Loans companies and Micro Finance Institutions.

We support the anti-LGBTQ Bill, we’ll help to fine-tune it ...
1 hour ago