Armed Robbery In Nandom Is On The Rise 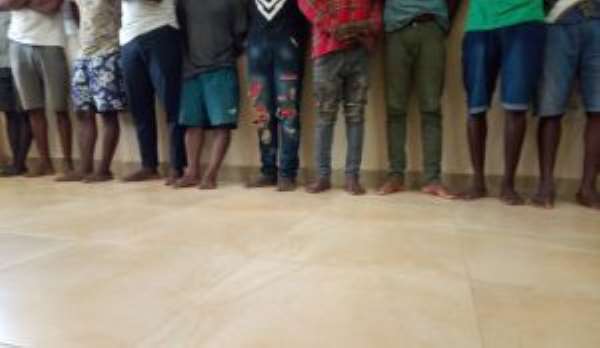 Nandom is one of the newly created districts in the Upper West Region. Its natives are predominantly peasant farmers. The district is blessed with an appreciable number of brilliant human resources such as professors, doctors, scholars inter alia. Indeed, some of these people contribute significantly to the development of the district.

That notwithstanding, the district is still bedeviled with some challenges such as insecurity, poor academic performance, poor road networks, etc. The insecurity in the district has reached a crescendo that most people now leave in constant fear and panic.

Armed robbery which was alien to the people in the district is gradually gaining grounds to the extent that corpses are not spared. What could trigger this canker in the district? One may not be far from right if one mentions the high rate of unemployment which has resulted in serious hardship among the people.

As peasant farmers as they are their only source of funds is through the sale of surplus farm produce. Unfortunately on their part, this year seems to be worst for them. Their farms produce are not being patronized as they used to be. This has actually made it difficult for farmers to get money to buy certain things for themselves. They do not earn much from this, as a result of low price of the food items and yet will have to share their little earnings with armed robbers. The price of a bowl of maize is Ghc2.00 now yet they don't get people to buy. Millet, guinea corn, beans, rice, groundnuts, among others are the crops people of Nandom cultivate. As I speak, all these farm produce have no market.

On Friday, 27th September 2019 the people of Tuopare, (Kofi Zie, Tuozie Victor, Maale-ano, Yamba Eeb, Gaare James, Alex), etc went to the Nandom mortuary for the mortal remains of their most revered divisional chief Naa Naboma Bayuo Dery III. Luck eluded them as the people and their corpse were attacked by armed robbers at "Yezu Tanga" (Jesus Mountain) at a village called Zimuopare in the Nandom district in the morning. The mourners, Tuozie Victor, Maale-ano, Yamba Eeb, Gaare James, Kofi Zie, etc were forced out of the car and were made to lie down on the dusty road while the mortal remains of the chief, Naa Naboma Bayuo Dery III, was lying in the basket of the car. The driver, Kofi Zie, was given some dirty slaps for trying to explain that they were moving with the corpse of a divisional chief.

Without any sympathy, the four masked and heavily armed men forcefully took all the monies of these armless mourners amounted to about Ghc 1000.00. All the small denominations including the coins they changed to mourn the funeral were taken away from them. Seven phones of theirs were also taken away from them.

Surprisingly, one would have thought that the presence of the member of Parliament and interior minister together with his heavily armed security in the constituency was enough to scare these robbers but alas, they were not moved by their presence. So they had the temerity to operate without any recourse to even the dead. This is very sad and worrying.

I, therefore, want to use this opportunity to make a clarion call on the security agencies in and around the district to ensure that the ordinary citizens in the district are secured so that they can go about their daily activities in a free and peaceful manner.