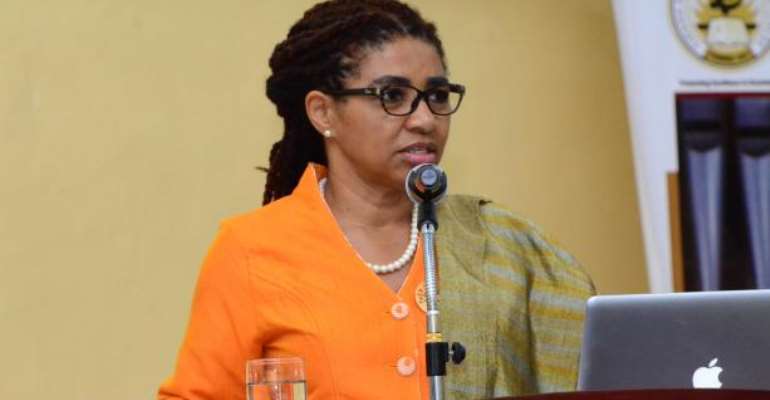 A Professor of African and Gender Studies at the Institute of African Studies, at the University of Ghana, Professor Akosua Adomako Ampofo says the utterances expose the unhealthy hypocrisy and the seeming disregard of the dangers such issues present in the society.

Speaking on Eyewitness News on the back of the recent ‘Sex for Grades’ exposé that implicated two lecturers of the institution for their alleged roles in harassing students, Prof. Ampofo said the latest development should be dealt with decisively to empower victims to come forward for their problems to be solved.

“I get so exhausted when people say the students also harass the lecturer and I ask if they [lecturers] do not have the strength; you that have more power and responsibly more than her? It is a recurring problem as people have said and we are behaving like ostriches. This is something that is going on in our environment. We are aware of it. It happens to our daughters, sisters and occasionally our brothers and until somebody speaks up, the rest of us continue to go on with our everyday life and that is very disturbing,” she said.

The University of Ghana has interdicted the lecturers captured in the video.

The two, Prof. Ransford Gyampo and Dr. Paul Kwame Butakor are expected to be hauled before the University's Anti Sexual Harassment Committee to assist with internal investigations in the coming days.

“The Business and Executive Committee of the University has taken a decision to interdict Prof. Ransford Gyampo and Dr. Paul Kwame Butakor, the two lecturers featured in the documentary to allow for further investigations into the matter. In line with University regulations, the two will be invited by the Anti-Sexual Harassment Committee in the next few days to assist with further investigations into the BBC documentary.”, a statement from the university indicated.

These lecturers were implicated in the BBC documentary over their alleged sexual harassment of female students.

Although they have denied the allegations leveled against them, pressure has mounted on the University to take decisive actions to show its commitment of dealing with the issue of sexual misconduct.

Whilst some groups want the two penalized, others have argued that the content of the documentary is not plausible enough to incriminate the lecturers.

Kiki Mordi, the reporter behind the sex for grades exposé by BBC Africa Eye spoke to Bernard Koku Avle on the Citi Breakfast Show and shed some light on how the investigation was executed.