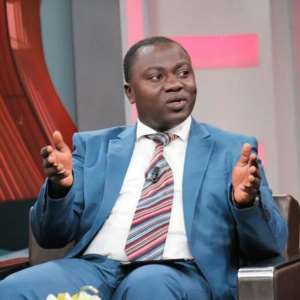 A psychology lecturer at the University of Ghana, Dr Collins Badu Agyeman, has said sexual harassment is a prevalent menace that must be stopped.

The lecturer said this at a seminar on sexual harassment organised by the University of Ghana on the theme, 'A bitter pill to swallow?' on Thursday.

According to Dr Aygeman, sexual harassment and misconduct is mostly present wherever there is power and influence

"And if you do not take care, you will become prey to a predator,” he said.

He also asked, “how many of our agencies and institutions have strong sexual harassment and misconduct policies? How many political offices have established it, that we think they should be taking the lead for us to follow?”

The lecturer further noted that sexual harassment is a global problem and must be seen as such.

“Let us not narrow the discussion to the academic cycle, we must make it general; in politics, in media, the entertainment sector. So let’s open the discussion, let’s open our minds, we shouldn’t only see it as a problem in only the higher education sector. This is a macro problem and it is becoming a global menace and that is how we need to look at it,” he said.

Sexual harassment and misconduct have come to fore after the release of “Sex for Grades” a BBC Africa Eye documentary.

Prof. Ransford Gyampo and Dr Paul Butakor both lecturers at the University of Ghana are among four lecturers who were captured allegedly harassing reporters posed as students.

The two have been interdicted and are waiting to appear before the University of Ghana’s Anti-Sexual Harassment Committee where further investigations will be conducted into the matter.