Am Not Corrupt, I Am Not A Ghanaian! 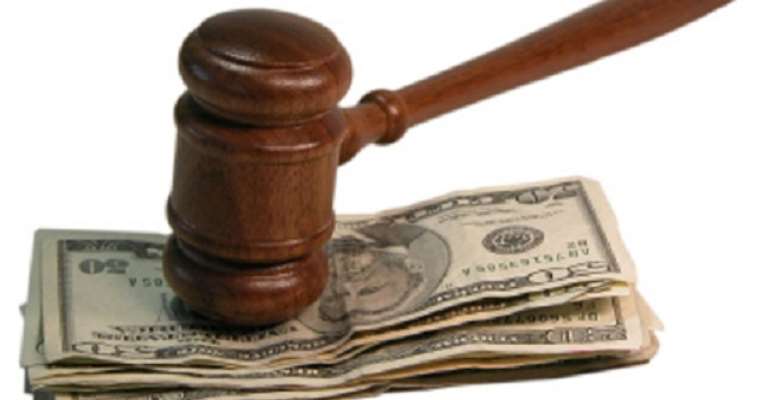 "...I am not corrupt, I am not a Ghanaian..." These were the exact words of my Malaysian friend when I asked that, he get me a few Malaysian free scholarship sites in exchange for a couple of bitcoins. I was gutted, to be honest! Even though I saw that as a mere trade between two different nationals, Bolkiah made me realize that, inadvertently, I had exposed my Country's prowess in corruption.

Battling with the shame of disgracing my Country internationally, I blamed myself for letting Ghana down and regrettably, I blamed our systems for making me familiarized with corruption so bad that, I misconstrued it for trade. Bolkiah mentioning this to me took me aback, much as it disgraced me. Was it a slip of tongue? Or it was just a deliberate attempt to re-echoed the fact that, my Country has gained international reputation in corruption. Whatever the case was, those words drew the curtains on my conversation with Bolkiah, my friend!

Part of me wanted to believe that, my friend just spat on my Country out of prejudice. But when I looked back, I saw tons and tons of corrupt practice that could indeed earn us an international reputation. There was a positive to my friend's ridicule though, at least it changed my perception of our corruption for the better. Actually, I hated corruption before this occurrence, but my hatred just grew stronger after his ridicule. My bitterness towards corruption now made me lust for its cure. Off course! Our country can be corruption-free.

Corruption-free, I said. How is that feasible when perpetrators do not even know their actions amount to corruption or in some bizarre circumstances, they refuse to acknowledge it as such? When legally upright institutions like the judicial systems, electoral Commission, inter alia gasp for breath in a myriad of corrupt allegations, how will the other state institutions fare? If our parliamentarians who symbolizes our democracy, marry and breed corruption, how can we be cured of this sickness?

Do not look at Wayome at the mention of corruption, for the Pastor or Imam near you perfectly define it better than him. Yes! Our moral institutions are rotten to the bone. Their ideals and morals, now embrace and walk freely with corruption. Churches and mosques both nods when corruption stare them in the eye. So when our morals, the very fibre of our society befriends corruption, how do we then defeat my friend's statement?

Do not mention Kwesi Nyantekyi and the GFA scandal, for the farmer near you defines corruption perfectly than the said scandal. When they take more than the required farm inputs from government. When they refuse to offset the loans given to them by government. When they aid government officials to smuggle the same inputs that are meant for their sector's improvement, then the quest of this sector will change from feeding the country with quantitative and qualitative food, to feeding her with corruption of industrial scale...So how do we become less corrupt, when we actually feed on it?

With the peanuts teachers are compelled to take home as their salaries, the less faithful of them engage in several activities that breeds or is even corruption itself. From squandering grants that are meant for the development of schools to milking parents through students on different schemes guised as engendering students academic performance. As teachers, they instill in their students, society's best values and attributes. But when they tend to teach them corruption, though indirectly, how do we expect to build a nation full of incorruptible citizens?... How?

After being mentored on corruption, fed on corruption and learned corruption, we will most certainly grow sick of corruption. Off course, we often do! But we almost always head to our hospitals to get healed of these ills. With the nobility and professionalism we preach in this sector, one would have expected that, our corruption syndrome would either be subdued or totally overpowered by our highly qualified health personnel. Alas, it did not! They rather worsened our condition for us.

They gave us corruption as treatment to our 'corruption syndrome'. When they steal drugs from state-owned pharmacies just to be sold to private pharmacies. When antivenins for snake bites, that are supposed to be subsidized by the state, are sold at rather astronomical prizes. How do we heal the country of the corruption syndrome? We cannot, I would say!

Amidst these heightened cases of corruption, it's natural that our fear of failure will also go up. So, to give ourselves some hope of a brighter future, we turned to those we elected from our midst to go and champion our fate. We trusted them; for we have been through hell together. We chose them; for we believed they knew our problems better. We were patient with them; for we believed they will bring the change, no matter the odds. They did not, as you would expect. From syphoning our common fund together with their outrageous salaries to forfeiting our unity. Corruption, our parliamentarians also led us with!

So do I blame Bolkiah for reminding me of my country greatest sickness, or I ought to have known that, my government infested every sector of our economy with this deadly virus? Perhaps, I will have to blame my ancestors for choosing to settle in Ghana. Now, like blood in our veins, corruption flows in each and everyone of us. It gets activated and gets working once we are given an opportunity to serve. Sadly, that's us! Our system gradually instilled it in us all... Now, if we so wish to defeat it, then we have to defuse the syndrome from all our institutions concurrently. Our country can be corruption-free only when we as citizens, embark on a passionate quest for it... Only then, will it be possible!