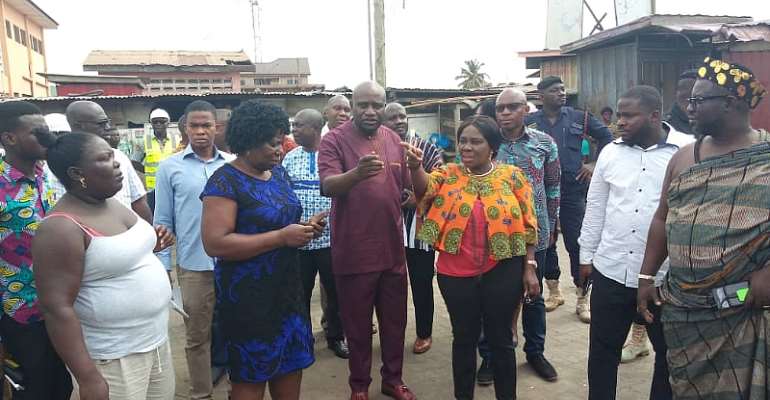 The Minister for Sanitation and Water Resources, Hon. Cecilia Abena Dapaah on Friday, September 27, 2019, concluded her tour of the Greater Accra Municipal Assembly by inspecting sanitary conditions in Nungua and Teshie Municipalities.

As part of efforts to achieve President Nana Addo Dankwa Akufo-Addo’s vision of making Accra the cleanest city in West Africa, the sector minister has been working tirelessly with other stakeholders in the last couple of years.

After rolling out several policies as well as charging various Municipal Chief Executives to enforce the country’s bye-laws to ensure the public adhere to keeping the communities clean, Hon. Cecilia Dapaah has been going around with her team to get first-hand information as far as the fight to improve sanitation is concerned.

The 4-day tour in the space of 3 weeks in the month of September saw the Minister and her entourage visiting Municipalities such as Ayawaso East, North, and West, Ablekuma Central, North, and West, Korley klottey Municipal Assembly and a host of others.

Rounding up the month’s tour today, Hon. Cecilia Dapaah was in Teshie and Nungua where she inspected sanitary conditions at some transport terminals, market centers, the Nungua Senior High School, the ZOOMPAK waste transport station as well as several households.

In giving her overall assessment of the sanitary conditions in all municipalities inspected, the Minister expressed delight but placed emphasis on the need for gutters in communities to be cleaned at all times.

“We can all see that the Municipalities headed by the MCE’s they have started what is most important. To me, now it is the gutters that should be cleaned and you can see that they have drawn up programs.

“Some have started, some still have work to do, and especially what we saw at the ZOOMPAC station where we had the first opportunity to see how medical waste is disposed off. So that was very good”, Hon. Cecilia Dapaah told the media after today’s tour.

Meanwhile, the Ministry for Sanitation and Water Resources after rolling out the one household, one toilet policy is now looking to make provisions for 20 toilet facilities within each municipality in Greater Accra.

The sector is calling on all and sundry to ensure best sanitary standards at homes and workplaces to help keep communities clean. 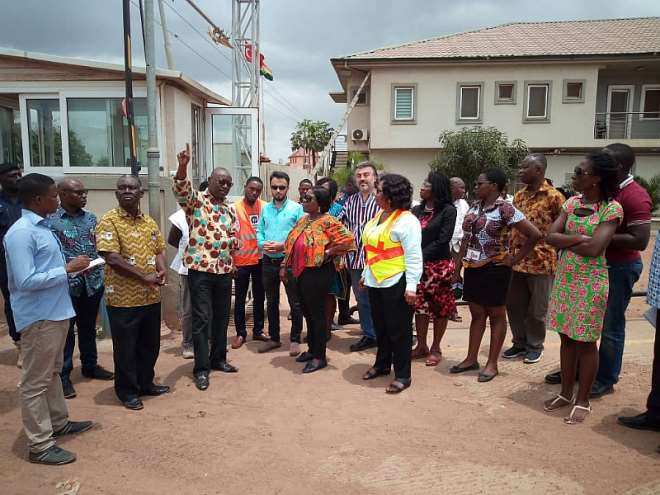 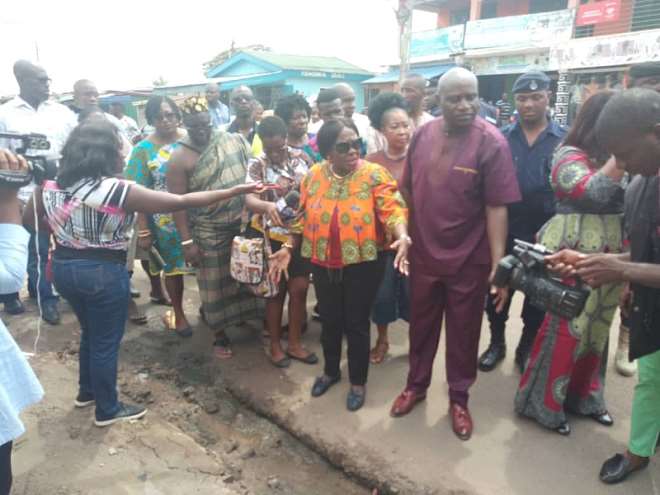 Badu Kobi Insists Trump'll Be Sworn In As US President In 20...
1 hour ago