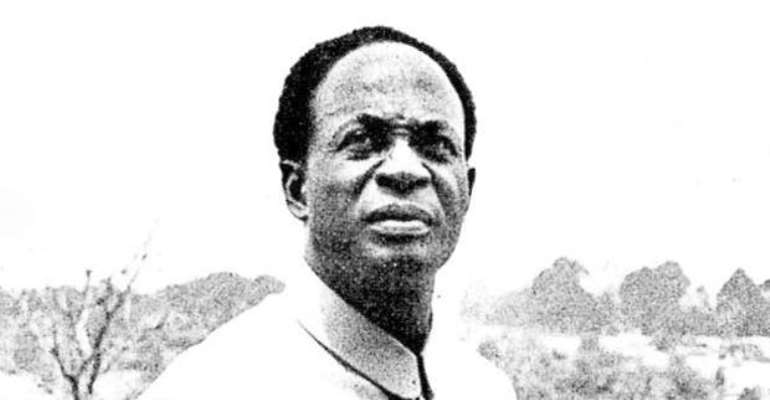 Recognising the roles played by our heroes and heroines, departed and living, is a responsibility, shirking of which creates a dearth of patriots.

No country wants to suffer a deficiency of patriots – persons who are ready to go the extra mile to bring glory to their motherland regardless of the consequences.

Today has been set aside to recognize one of many Ghanaians whose toils led to the metamorphosis of our land from a dependent country to an independent nation.

Honouring our first President Kwame Nkrumah is a step in the right direction. Not doing so would have been an unpardonable omission for which providence would not have forgiven us.

The day on which Kwame Nkrumah and his colleagues girded their loins for the long journey to independence they knew not what lied ahead. They knew though what they desired for which they were ready to shed their blood to achieve. Eventually, they achieved it with Kwame Nkrumah leading the charge.

We might not have reached the Promised Land of total independence, neo-colonialism, which Kwame Nkrumah referred to, still festooned around our necks. President Akufo-Addo's 'Ghana Beyond Aid' agenda seeks to address this dependence syndrome so that the apron strings still attaching us to our colonial masters directly and indirectly would sever forever. What better way to honour Kwame Nkrumah therefore than to push for the achievement of the objectives of 'Ghana Beyond Aid.'

We have come a long way since Kwame Nkrumah started the journey of nationhood; his many ambitious projects intended to alter our lot. Successive generations would take over and continue the journey each milestone expectedly altering our circumstances for the better.

The Free SHS and the other flagship projects are but replicas of the many initiatives unfurled by Kwame Nkrumah during his brief but momentous tenure at the helm. Ghana would be better off if all of us regardless of our political affiliations joined hands and pushed for the betterment of the country as Kwame Nkrumah dreamt of and worked towards.

The spirit of Kwame Nkrumah will be satisfied if we exhibit the level of patriotism which pushed him to demand 'Self Government Now' and to tell the world that the black man is capable of governing himself. Today, the Ghanaian personality is being projected in the comity of civilized nations because the man Kwame Nkrumah had that dream and did not rest on his oars until the journey to this level was begun under his aegis.

Even as we reflect upon the history of the sacrifices of this man, let us remember that the best we can do on such an occasion is to rededicate ourselves to the cause of the development of this great country whose potentials and promise were long seen by the British, hence their adoption of it as a model colony.