My "White Paper" On Emile Short Commission Of Inquiry Report 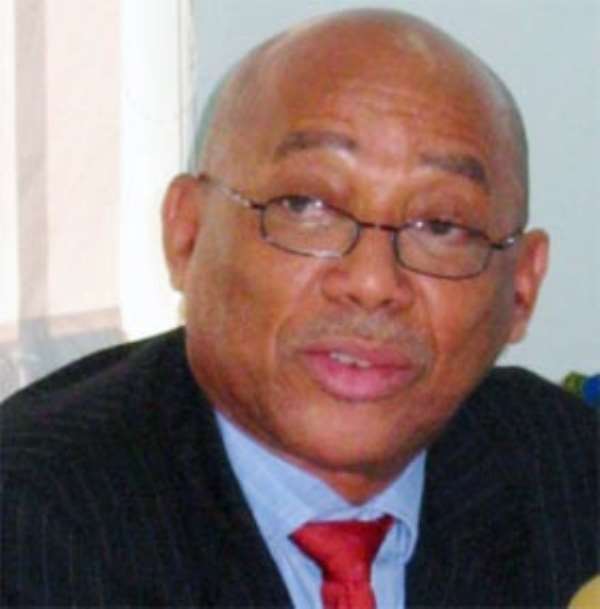 I'm still struggling to "cut my teeth" in the legal battlefield. When I see or read opinions or works of legal puritans, I feel extremely uncomfortable to share an opinion when, rightly so, I have an opinion which may be contrary to that of persons that it would take me years to "touch their legal cloak" not to talk of lacing their boots.

I make this point bearing in mind the fact that Prof Henrietta Mensah Bonsu is an unmatched authority in the area of Criminal law. Lawyer Ernest Kofi Abotsi is equally an authority in the area of Constitutional law, and Justice Emile Short is a personality that probably no adjective can describe in the field of law. Mr Patrick Acheampong, a former IGP, is no less a person when it comes to law enforcement in Ghana. These are the personalities who constituted the Commission of enquiry that looked into the Ayawaso West Wuogon electoral violence.

Whether a government rejects a commission of inquiry report in entirety or rejects portions of it or not, as soon as what is required of the government to do in order to change it into a judgment of a High Court is done, the rejected report or portions rejected still stands as a judgment of a High Court unless set aside by the Court of Appeal. Government's decision to reject portions of the Emile Short commission report and accept some portions of it is just an expression of opinion. A government White Paper cannot alter a report of a commission of inquiry such that government's position on the rejected portion together with the portion it accepted become a "new' report which would then crystalize into a judgment of High court.

In the case of the Emile Short Commission report, it was not the business of government to suggest that the commission failed to do an impartial inquisition as required by law. That argument ought to have been left for those whom adverse findings have been made against. In fact, a ground such as what government has canvassed could be used by persons against whom adverse findings have been made to get the report thrown out on appeal by a higher judicial body.

It erroneous, and in fact, a grave expression of ignorance, to suggest that because government had, for instance, rejected the recommendation by the commission that the officer who assaulted Sam George, the Ningo Prampram legislator, should not be prosecuted would mean the said officer would walk free. Similarly, the likes of Bryn Acheampong and others, who are to be reprimanded per recommendations by the Commission cannot be said to be free men because the government White Paper rejected that recommendation.

The law says persons against whom adverse findings have been made have three months to appeal the decision of the Commission. The consequence of failure to appeal the decision after three months would mean that the Attorney General would have to take steps to executive the judgment of the Commission ( in this case the report will no longer be regarded as a report but a judgment of the High court). The report then bears all the characteristics of a judgment of a High court, one of which is that, it cannot be disobeyed. The consequence of such disobedience would amount to contempt.

The constitutional arrangements which make a report of a commission of inquiry crystalize into a judgment of a High Court is the guiding blazer which makes me, with the greatest of respect and honor, wonder why the Commission "recommended" that some persons should be prosecuted, and in some instances, reprimanded by whoever is clothe with powers to do any of the two. What the Commission ought to have done was to prescribe punishment for those it wanted them to be reprimanded and do same for those it wanted them prosecuted (in the case of the latter, in line with Act 29.)

The above position is supported by the High Court decision in Republic v Mpiani & Anor. In that case, the Attorney General mounted criminal proceedings against the accused persons based on findings of a commission of inquiry report. When Counsel for the respondents raised the point that the AG could not do so because the accused persons had a right to appeal within three months, the AG cited its unfettered prosecutorial powers under article 88 of the Constitution and said it could initiate criminal proceedings against the accused persons because the action was initiated before the six month expiration period. The AG erroneously thought a report of a commission of inquiry could only become a judgment of the high court after six month. The court however held that when a white paper is issued or a reason is given why a report could not be published, the report then and then becomes a judgment of the High Court regardless of the six months timeline.

In the Mpiani case (supra), the court was categorical in saying that it would be absurd to initiate criminal prosecution against persons against whom adverse findings have been made when in law the findings are judgment of a High Court and the affected persons have to appeal the decision. The court poignantly expressed itself in the following words: "the constitutional arrangements under article 280 of the 1992 constitution therefore does not allow the Attorney General to initiate prosecution against persons affected adversely by the findings of a Commission of Inquiry established under article 278 of the constitution. The initiation of this criminal trial against the applicants herein should it be allowed, will only lead to judicial absurdity, if the affected persons decide to exercise their right of appeal to the Court of Appeal"

Red herring as it sounded, I have heard Dr Eric Oduro Osae and other lawyers say, that government might have rejected the recommendation to prosecute the officer who assaulted Sam George because properly it may not have evidence to prosecute him. In the first place, there was no need calling on the AG to prosecute anybody. The report has made adverse findings against him; ie he is guilty of assaults and ought to suffer the punishment of same. What is required of the officer is to go to the court of Appeal within three months to challenge the fact that he has been found guilty of assault. Same applies to "Double" who has been found guilty of illegal possession of firearm. If after three months he does not take steps to set it aside, then he must be ready to suffer the punishment of such an offence.

Whether government rejects prosecution or reprimand of persons mentioned in the report or not, the report is now a judgment of the High Court and must be executed if the affected persons fail to take steps to strike it out after three months.

More Opinion
Modern Ghana Links
The Sources Of Funds Of Elected Politicians: The Shroud Of Democracy
After Buganda Showing Yellow Card to NRM; What Next?
2020 Samampiid, A Viewpoint Of An Indigene.
Nana Akufo-Addo, A Man Of Vision & Perseverance; He Must Be Studied In Our Schools
Govt’s delay in the distribution of PPES unacceptable; Pupils must be given critical attention
A clarion call to young comrades in the struggle
The 8th Parliament – True test of Ghana’s democracy
Open letter to the NPP Upper West Regional Chairman: Voice of the silent majority in upper west NPP politics
Consensus-building is a national duty imposed on both the NPP and the NDC per the outcome of the 2020 elections
Election Reports Quotes Dossiers
TOP STORIES