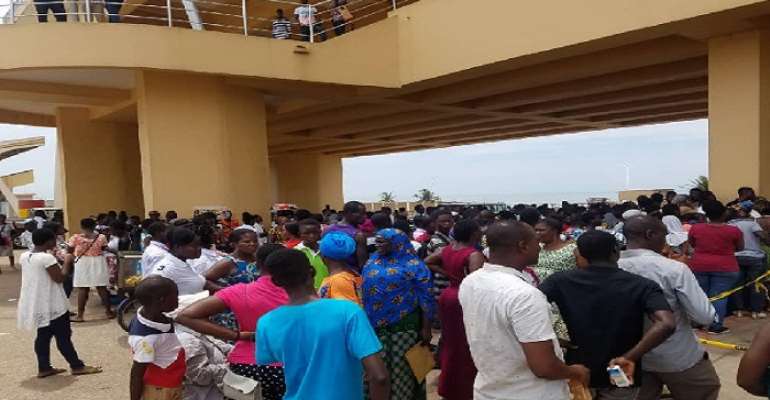 The annual ritual of the computerized school placement for qualified Junior High School candidates into the Senior High School system is one that is characterized by worrying developments amidst the flicker of hope its implementation suggested.

Let me be charitable with the synopsis of school placement system before I proceed. The Computerized School Selection and Placement System (CSSPS) is a system employed by the Ghana Education Service (GES) to place eligible Basic Education Certificate Examination (BECE) candidates into Senior High School (SHS)/ Technical Institute (TI)/ Vocational Institute. The task of the CSSPS is carried out by a Secretariat which is a unit of the Secondary Education Division of GES. CSSPS was a policy change from the GES Council as a result of challenges emanating from the manual system of selection and placement. It became functional in September 2005, two years after the GES Council has taken the decision to implement it. Between the period of its conception and implementation a lot of preparatory works were carried out to ensure a smooth take off. The main objectives of the implementation of CSSPS among others were

Since the implementation of CSSPS in 2005, it has not been spared of its shortfalls each year despite the checks and tests done. It is against this backdrop that this article is written.

Fast forward 2019, the Director General of GES predicted about 490,000 candidates will be placed in the various SHS according to a media briefing in the Eastern region with less troubles. Sadly, his prediction does not mirror the reality at the moment. The challenges faced this year by the general public is eviler relative to the previous years and has sparked a surging debate. I have listened to the debates on various media and concluded that the quandaries surrounding this year’s CSSPS emanated mainly from 3 points which are espoused below.

Unimpeachable information available to the public pointed to the fact that G.E.S purchased a new software to carry out the exercise three months into the main event. This acquisition suggests clearly that the sector is driven more by procurement rather than a drive to serve the interest of the public which is the very essence of its existence. The newly procured software we are told is crashed because some oppositions to free Senior High School agenda are working tirelessly to undermine the flagship program of the current government. In an illogical attempt to defend the ineptitude of the I.T team at the secretariat, we are told the system is hacked by some group of people. In my assessment, this farcical opinion should be condemned by its authors. My question is what testing was done prior to the release of the placement of student? What informed the acquisition of this new software? Hacking is a criminal cyber-attack so why are the names of those behind the attack not mentioned yet and processed for prosecution?

We have allowed self-interest to take lead in everything done in the public service hence this outcome. After over a decade of active operations of this important program, it’s a shame that the educational sector is facing this unfortunate but avoidable development. The GES council has not lived up its expectations.

Permit me to borrow a line I learnt from my human resource class in 2010. “The quality of the human resource at the disposal of an organization is critical to its output”. I am sure G.E.S is oblivious to this fact! Incontestable facts in the domain of the public indicates that all the old staff who worked at the CSSPS unit of GES have been relieved of their duty for reasons unjustifiable. The department we are told is packed with faithfuls of a particular political orientation with no experience. An old staff of the secretariat by name Mr. Anokye confirmed in a conversation that no skilled or experienced staff works there because they have all been tagged NDC. I think this is unfortunate. No proper handing over has been done before new staffs were religiously packed into a new office as employees. Oh Ghana my motherland! Growing up in Podoe in the North Tongu District in the Volta region, my elders used to say that it is only when a child stands on the shoulders of the fathers that he/she is able to look clearly into the future. Experience is expensive. This mess is shameful. May be the HR unit of GES needs to be re-schooled and retooled to appreciate better HR procedures and hunt for talents in leading companies.

Protocol list has made headlines in this debate. I thought one of the objectives of the CSSPS was to reduce human interference. Let me submit that institutionalizing protocol placement undermines the very purpose of CSSPS. Politicians must refrain from interfering with the operations of the educational sector. For a developing nation like ours, playing politics with the educational sector to make capital is too expensive for all of us. Corruption! Corruption!! Corruption!!! I have a hard copy evidence of some individuals who take a whopping GHc 2,000.00 with assurance of placing candidates at their choice of schools. These individuals claim they are agents of some officers working at the CSSPS secretariat. The people who are supposed to know better are the ones championing this dirty play. Look both the parents who pay these monies and the receivers are guilty regardless of their social status. We must eschew corruption in every way possible. Politicians leave the educational sector alone! Shame on all

It is time for a total overhaul to be carried out at the secretariat to avoid the repetition of these ugly outcomes. The auditor general as a matter of urgency needs to carry out an audit into what informed the acquisition of the supposed new software. There should also be an inquiry into the issues relating to the alleged cyberattack of the software.

SELASSIE A. RICH is a finance analyst and a social commentator.