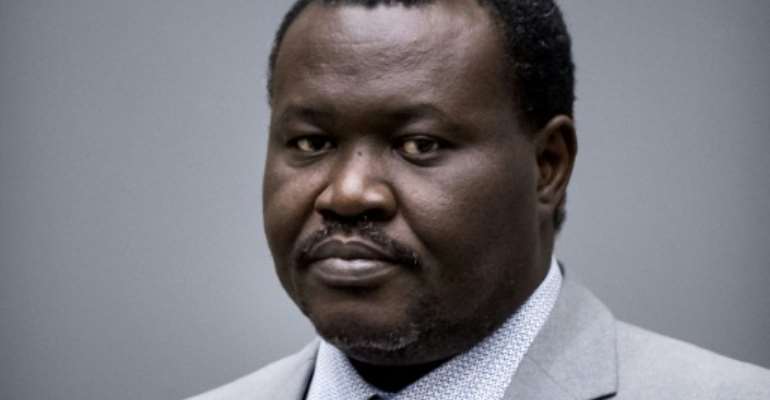 A senior Central African Republic football official and an alleged militiaman nicknamed Rambo heard war crimes charges against them at the International Criminal Court on Thursday.

Patrice-Edouard Ngaissona and Alfred Yekatom stand accused over murders, torture, enlistment of child soldiers, and other war crimes and crimes against humanity allegedly committed against Muslims as civil war engulfed the CAR 2013 and 2014.

The pair stood as the allegations were read out at a so-called confirmation of charges hearing in The Hague. Judges will use the hearing to decide whether there is enough evidence to proceed to a full trial.

Ngaissona, 52, the head of the CAR football association who sits on the board of the Confederation of African Football (CAF), is charged with coordinating the so-called anti-Balaka militia whose self-declared goal was to defend Christians against mostly Muslim rebels called the Seleka.

A charge sheet released by the ICC said Ngaissona "knew that mobilising and using Anti-Balaka groups fuelled by vengeance and hatred of Muslims because of atrocities committed by the Seleka... (would) result in the violent targeting of the Muslim civilian population in western CAR."

Ngaissona, a former sports minister, was arrested in France in December on an ICC warrant and extradited to The Hague in January.

Presiding judge Antoine Kesia-Mbe Mindua said the purpose of the hearing was "not to pronounce guilt or innocence" but to "establish if there is sufficient evidence to allow us to believe that Mr Yekatom and Mr Ngaissona have committed the crimes that they are accused with."

The charges all relate to a series of attacks on civilians including a mosque and a school in and around the capital Bangui between December 2013 and August 2014.

"I have no observations to make," he told the court when asked if he wanted to comment.

Yekatom, who was known in CAR as Colonel Rambo, after the Vietnam War veteran played in a series of movies by Sylvester Stallone, is accused of murder, mutilation, torture, cruel treatment and recruiting child soldiers.

He was extradited to The Hague in late 2018.