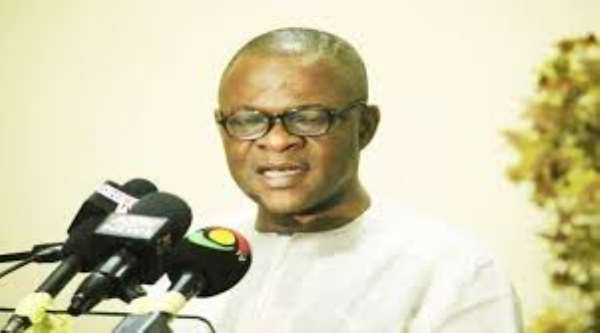 The former Director–General of the Criminal Investigation Department (CID), COP Bright Oduro says the current CID boss Maame Tiwaa Addo Danqua first statement suggesting the Police Service know the whereabouts of the missing Takoradi girls has led to many calling for her resignation.

“…the problem is the statement that was made. And people are saying that if you made such a statement you knew where they were and now they are dead then you don’t deserve to be there. That is the contention of the general public,” Mr Oduro stated.

He was speaking in an interview on Citi Eyewitness News on Tuesday.

The four Takoradi missing girls are Ruth Abakah on July 29, 2018; Priscilla Blessing Bentum on August 15, 2018; Ruth Love Quayson, December 4, 2018 and Priscilla Koranchie on December 21, 2018. The police said the girls were victims of kidnapping and murdering syndicate that operated in the Takoradi area.

Arrests have been made of suspect Samuel Udotek Wills who upon interrogations admitted that he together with suspects John Orji and John Shika kidnapped the young girls and sent them to Nigeria by road to a location called ‘Baby factory’ in Anambra State.

Human remains were retrieved from a septic tank on a property occupied by the key suspect, Samuel Udotek at Kasaworodo, a suburb of Takoradi. The police conducted the search with the aid of sniffer dogs.

Part of a release by the police read, “The discovered human remains would be sent to the forensic science laboratory of the Ghana police service for analysis and further investigation.”

The Acting Inspector General of Police, James Oppong Boanuh in a statement on September 16, 2019 said, “…the DNA test conducted on samples discovered in the course of police investigations into the disappearance of four missing girls have turned positive as the remains of the girls.”