You Can't Use Otumfuo's Comment To Divert Attention — NDC To NPP 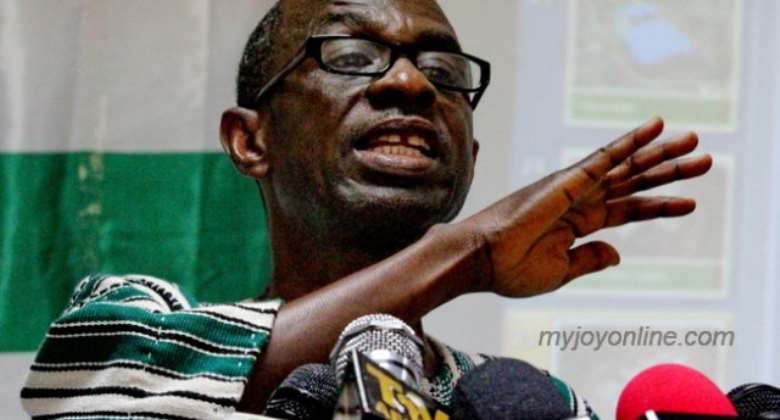 The opposition National Democratic Congress has described a controversy generated by the Asantehene’s comments at the UN as a diversion from government’s failings.

The Asantehene Otumfuo Osei Tutu II said at the UN General Assembly that the Mahyhia Palace intervened “to persuade” then President John Mahama to concede defeat in the 2016 presidential election.

John Mahama has denied any such persuasion but it has not stopped the governing New Patriotic Party (NPP) activists from casting the former leader as undemocratic.

The NDC General Secretary Johnson Asiedu Nketia, addressing a press conference Monday pointed to a deliberate diversion of the “attention of the nation from burning issues.”

He said the controversy is “completely needless” because while discussions on the matter continue to rage, at least five “big issues” are yet to be addressed.

Asiedu Nketia weighed in on reports that several thousands of hapless parents are grappling to get their children admitted into Senior High School (SHS).

Several thousands of students have either not been placed in schools or have been inconvenienced by the placement done by the Computerised School Selection and Placement System (CSSPS).

“There is chaos in almost all the leading senior secondary schools,” he said.

The Electoral Commission, he said, has failed to provide a provisional register to political parties as the register is opened for eligible voters to check their names.

The failure, Asiedu Nketia said, is in contravention of electoral laws.

The NDC General Secretary also roped in the controversial suspension of power distribution company PDS and the government ‘joking’ with the report on the commission of inquiry into Ayawaso West Wuogon by-election that turned bloody.

The government, he said, contravened the 1992 constitution by failing to publish the report or issue a white paper within the stipulated 60 days.

Government sent the report to the state publisher and announced it was sufficient in meeting a constitutional demand.

“What type of jokes are we witnessing?” Asiedu Nketia expressed bemusement.

He rallied NDC communicators “not to fall for attempts by the NPP to use the Otumfuo as bait to divert attention.”

He urged them to put pressure on government to respond to the issues he has raised.