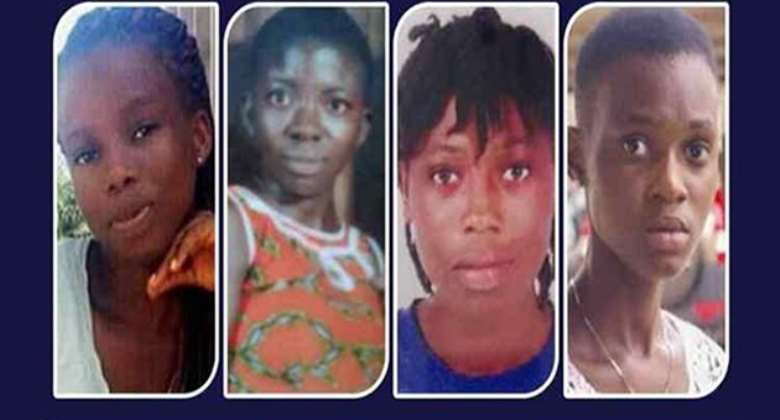 The family of Ruth Love Quayson, one of the kidnapped Takoradi girls who have been declared dead, has snubbed a phone call placed to them by President Addo Dankwa Akufo-Addo.

The President had placed the call through a senior police officer who was with the family moments after the police announced the results of the DNA test, to condole with them.

However, an uncle of the missing girl – now declared dead – says the family refused to speak to Nana Akufo-Addo because he disrespected them.

Kwame Tawiah revealed at a news conference jointly addressed in the Western Region capital, Takoradi by the families of the four girls, that the president has not demonstrated sensitivity towards their plight.

“We were here the President bypassed us and went all the way to Axim and addressed a forum there that he and his government are not leaving any stones unturned until the girls are found,” Tawiah said in Fante.

The President’s phone call came too late and we are not ready to talk to him over about this issue, he added.

The girls -- Priscilla Blessing Bentum, 21, Priscilla Mantebea Koranchie, 18; Ruth Love Quayson 18, and Ruth Abeka – were victims of a kidnapping and murdering syndicate in the Takoradi area, police have said.

The Ag. Inspector of General of Police, James Oppong Boanuh, said at a press conference Monday, that the results of the DNA test on remains retrieved in Takoradi have been relayed to the families along with condolences.

However, Adjoa Qauyeson, elder sister of Ruth Love Quayeson, says the family still believe their sister is alive and will reunite with them someday.

“The police can do whatever they like…but we know that our sister is alive. Since December none of us has had the feeling that she’s no more,” she stated.

“I believe they are alive and one day God will bring them home,” she told JoyNews Anchor, Kojo Yankson, on Tuesday when he visited the family home in Takoradi.