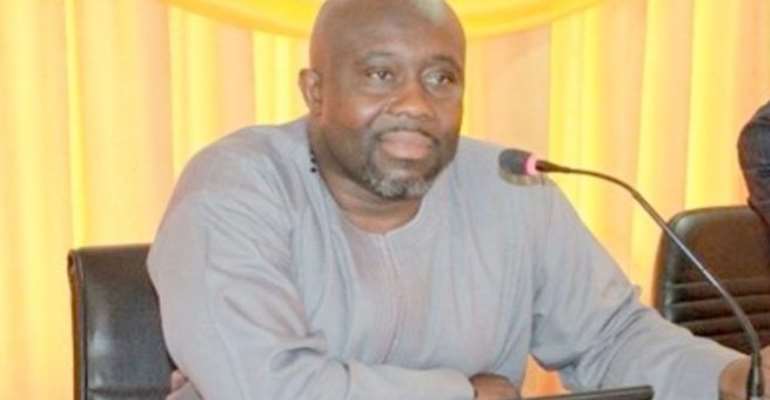 My attention has been drawn to news making rounds that Hon. George Nenyi Andah has done well because he brought Skopatomana artist, Patapa and Kwaw Kese to Awubia street carnival.

I will like to state that bringing Patapaa and Kwaw Zigizi does not reverse the fact that he scored 12% in the survey conducted by the Political Science Department of the University of Ghana. He scored this low mark because of his inability to bring development to our land.

Bringing these two artists doest not erase the fact that our MP and our DCE, Hon. George Andah and Hon. Stephen Quaye respectively have failed us as citizens in Awutu Senya West.

I write to advise our MP to sit up and bring development to Awutuland and stop facebooking and twittering even at chambers of the house of Parliament even when developmental issues are been discussed in the house.

Hon. George Andah can bring even Jay Z and that cannot change the fact that there is hardship, high unemployment rate which has led to abuse of drugs, teenage pregnancy etc.

Hon. George Nenyi Andah promised us that he will do more when voted into power yet what we see is opulence, arrogance etc on his part towards the citizens of Awutu Senya West.

Awutu Senya west must next time vote for a committed, hardworking, selfless person to lead us to help us get our fair share of the national cake. Awutu Senya West belongs to all of us and not only Hon. Andah and his cohorts.

I know he will instruct his hired guys to rebut but the truth always stands.

More Article
Modern Ghana Links
Why community participation in schooling is struggling in Nigeria: a view from the ground
How COVID-19 restrictions prevent Nairobi's sex workers from accessing vital healthcare
COVID-19 policy briefs must be realistic: a review by young southern African scientists
Why Somali clan elders could hold the key to opening dialogue with Al-Shabaab
Questions abound for Ghana’s democracy after tensioned election cycle
In Ghana, Bribe Givers Are Not Corrupt -The Noguchi Covid Positive-Negative Saga
Why Most Sales Tactics Don’t Work; Do This Instead
Food and healthcare in war-torn Tigray: preliminary insights on what's at stake
Discovery of two new giant radio galaxies offers fresh insights into the universe
Election Reports Quotes Dossiers
TOP STORIES