Tunisia struggles with voter apathy ahead of presidential poll 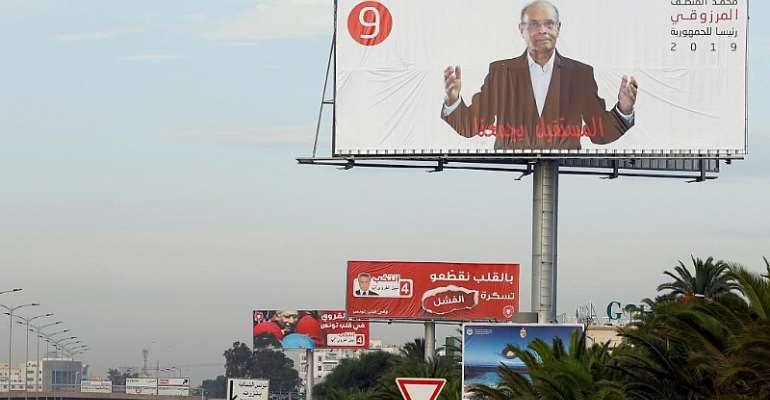 Tunisians  go to the polls on Sunday to choose their next president among 26 candidates. As a beacon for democratic transition among the Arab-spring countries, this will be Tunisia's second democratically elected president.

With voter turnout expected to be an all-time low, many Tunisians appear to be disenchanted with the whole process.

The death of Tunisia's President Beji Caid Essebsi on July 25 pushed the presidential election forward  from November 17 to September 15.

The elections held soon after in 2014 was the first time the country democratically elected a president and steered the country down the unknown path of democracy.

Essebsi's time as president came at a defining moment for the country,

“He played a monumental role in stabilising the country, encouraging everyone to go for the democratic option” explains writer and political analyst Omar Belhaj Salah.

Since then, Tunisia has remained democratic despite numerous attacks, the latest one happening earlier this year.

Unlike its regional neighbours that also underwent regime changes, however,  Tunisia remains one of the few, if not the only one, to incorporate and adhere to its original democratic vision.

Candidates galore
With a  list of 26 candidates to choose from, the Independent High Authority for Elections (IHAE) believes it has done what it can to ensure these elections will  “ensure democratic, pluralistic, fair and transparent elections and referendums”.

"Only for four or five really stand a chance of progressing to the next round” says Larbi Sadiki, a professor of Arab democratization at Qatar University.

To that list, you could add Hamma Hammami, who represents the Popular Front, a collective of the leftist parties.

Role of Islamists
Previously, Essebsi had been the glue between the powerful Ennahada party and the broadly secular forces.

Many fear that without him, the political landscape has become “an unpredictable landscape”.

While each candidate either represents a party or labels him or herself as an independent, Tunisian politics has never been too hung up on parties says Sadiki.

But Ennahada has one advantage over the others and that is its grassroots' base says Monia Mazigh, an author and Tunisia analyst.

“Enahada is [a] party with a strong grassroots' presence. . . . we are going to see this as influencing the presidential elections because this is a new for them; they are participating with a candidate for the first time” adds Mazigh.

Issues then and issues now
There may be a relatively diverse mix of candidates to choose from, but voter turn-out is expected to be low because Tunisians have not seen much change since the days leading up to their revolution.

“People say things are worse now than in 2011 because of problems with security and the cost they face” said one young engineer in an interview with The Guardian.

“It has been very, very, difficult. Everybody talks about the middle class. Well I don't think there is anymore [a] middle class. People are really suffering from the high cost of living.. so that's the thing on the top of minds of all Tunisians” explains Mazigh.

Its tourism sector, once the heartbeat of its economy, took a major hit following the terrorist attacks of 2015 in Sousse.

Most European countries had warned citizens from travelling to Tunisia and that was recently lifted.

But in its wake, Tunisians, and in particular the youth, continue to face  unemployment, increased cost of living and no viable options being offered.

Voter apathy
Enteringl Tunis, it's as if it's another day in a normal week with barely a poster in sight despite the electoral campaing.

“It's a cold election, but a hot one at the same time,” says Mme Nozha, who runs her own bed and breakfast.

The campaign was not very developed and people are not very interested in the politics, but they know these polls can bring about a big change to the country. Nozha adds that despite the implications of these elections, not many will make the effort to vote.

“It seems to me that they [candidates] don't have a formal grasp of the global political economy [and] they have not really grasped the lessons of the revolution,” states Sadiki.

“I honestly don't think [any] of them have got a convincing blueprint that they are presenting” he adds.

That means come Sunday, without any candidate receiving a 50 percent majority in the first round, a second round is likely expected in November.