To Arm Or Not To Arm MTTD Cops 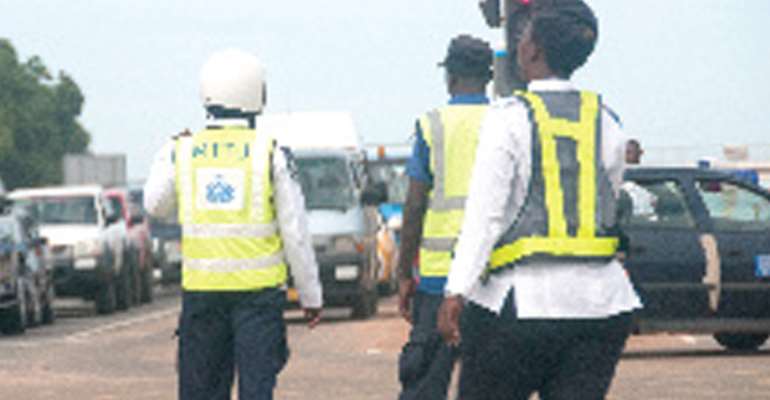 We cannot overlook the recently announced plans to arm the Motor Transport and Traffic Department (MTTD) personnel of the Ghana Police Service.

The decision coming immediately after the murder of the two officers of the MTTD in Kasoa appears to have been taken hastily.

The gruesome murders, of course, touched the hearts of most Ghanaians, especially the government. Under such circumstances, decisions are bound to be taken, which when calm is restored must be rethought.

It is worth appreciating government concern about the safety of police officers and other citizens at large and to do whatever it takes to achieve this safety objective. Our decisions under such circumstances must be informed by sound reasoning so that unproductive outcomes do not show up in the end.

In some jurisdictions such as the US where weapons are almost ubiquitous, firearms constitute part of the outfit of officers more so when fatal shootings are rife. Same cannot be said about our country anyway.

While there has been an unusual killing of police officers in the past few months and hence the need to protect law enforcement personnel arming MTTD officers in particular could be counterproductive and even unfeasible.

Are we considering the bulky and rather dangerous AK-47 assault rifle for a traffic officer managing vehicular movement at a malfunction traffic light? This could certainly not be the best way to go considering the nature of the weapon in question and the convenience of the cops.

We wonder how the traffic officer is going to attach the weapon to his body via the sling as he directs traffic. The picture of MTTD officers firing at snobbish and insulting 'trotro' drivers coupled with accidental discharges would be features of our streets when this subject is not handled properly.

The authorities might consider as a better option, the use of side arms, pistols specifically by MTTD personnel. But do we have enough pistols in the system for MTTD officers. If the answer is affirmative, we should consider the temperament of the officers before arming them. The story of the deranged cop shooting his kids at Tema a few years ago when he ran amok is still fresh in our memories.

We think that the final decision as to whether to arm MTTD officers or not should be determined by the outcome of the ongoing probe ordered by the Ag IGP into the allegations levelled against some police officers in Kasoa.

As we pointed out earlier, this is the first time that MTTD officers have been singled out for murder.

There was a time when in the history of this country the then MTTU officers were armed for a few weeks in Accra. It was during the Acheampong UNIGOV campaign period and University of Ghana, Legon, students attacked police officers, including traffic officers in uniform.

The Police Administration at the time directed traffic officers to arm themselves with rather non-bulky sub machine guns (SMGs) in Accra but when the crisis subsided, the weapons were withdrawn to the armories.

Arming cops on general duties with weapons and with bulletproof vests should be a standard and enforced; indeed, side arms should be part of the uniform, not so MTTD personnel which for us would be dangerous and unnecessary.