Understanding The Corporate Procurement Of Power In Sub-Saharan Africa 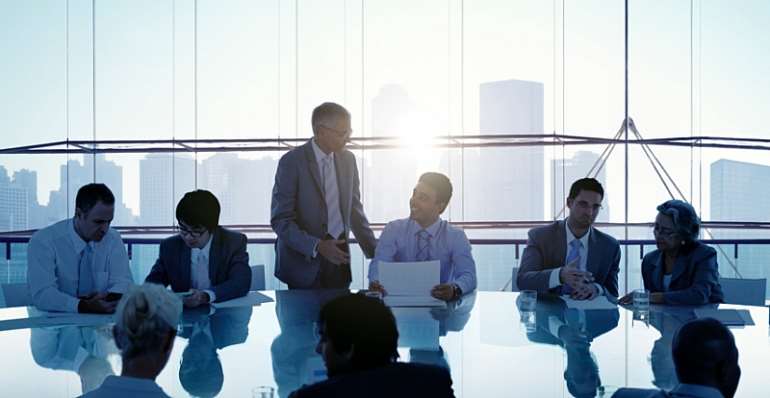 Renewable technologies are evolving at a rapid pace and have seen a dramatic decline in the costs associated with its procurement. This provides the opportunity for corporates to reap the benefits of procuring renewable energy directly from generators through the use of a power purchase agreement (corporate PPAs). Corporate PPAs aim to provide corporates with lower or more stable electricity costs and grid reliability and can contribute significantly to their sustainability targets.

Despite these benefits, corporate PPAs have struggled to take off in sub-Saharan Africa, commonly as a result of regulatory challenges. That being said, there are signals that several markets are evolving and opening up the potential for corporate PPAs. More regulators are considering options to change their power markets to favour this energy transition.

Corporates tend to procure their power from renewable energy generators and given the abundance of solar resources on the continent, this is the most common energy source for corporate PPAs in Africa. However, there is a lack of knowledge and understanding on the part of many corporate customers as to how they can structure, price and implement a corporate PPA.

The current regulatory framework
The key issue that obstructs the use of corporate PPAs in most markets is that a licence is required to either operate a power asset or sell power, or both. Most markets have a threshold where a licence is required, usually ranging between 100kW and 1000kW. Where projects exceed these thresholds, the PPA will often be structured as a hire-purchase agreement or lease to avoid the application of the licence requirement. However, in addition to triggering unfavourable tax consequences (where the PPA becomes a contingent liability on the corporate’s books), these solutions carry enforceability risk and may not pass a lender’s bankability requirements. It’s worth noting that there are currently no licence requirements in Senegal and Mozambique and the threshold in Uganda for a licence is 2000 kW. Most other African markets covered in our report, Opportunities for Corporate Procurement of Power in Sub-Saharan, do have licence requirements in some form.

In addition to licence requirements, some jurisdictions require approval from the local distribution network operator to install an on-site power plant (e.g. rooftop solar PV). This approval can be difficult to obtain and sometimes gets held up in months of administrative delays.

Market reforms
As the energy transition (which is a move to decarbonised, decentralised and democratised power markets) slowly makes its way into sub-Saharan Africa, some utilities and regulators are showing signs of key market reforms that will enable more opportunities for corporate PPAs. For example, as of 1 September 2019, Namibia will introduce a new energy policy that will allow the bilateral trading of power between generators and customers. In a small power market such as Namibia, the opportunities may be limited. However, it is expected that neighbouring countries, such as Zambia, could follow Namibia in this reform.

A key reform required in power markets to unlock opportunities of corporate PPA is net metering, where plants are able to supply unused power into the grid in return for a feed-in tariff. This is not available in most countries in sub-Saharan Africa and where it is available, such as South Africa, the tariff is often too low to enhance the economics of the project.

As a result of strong resources, as well as poorly maintained and limited grid networks, sub-Saharan Africa has seen an increase in the roll out of mini-grids. Rapid technological development and operational efficiencies have made mini-grids a practical, cost effective and viable solution to electrify rural areas. In Africa, over 2,000 mini-grids have been identified, with solar projects accounting for 40%. It is expected that the number of mini-grids may increase to 16,000 by 2023. The International Energy Agency estimates that at least 40% of new power connections in sub-Saharan Africa during the next decade will be provided by mini-grids. For example, Rwanda plans to provide over 90% of its electricity supply through mini-grids by 2024.

The regulatory environment around mini-grids in Africa can be quite different depending on the country. Tanzania has fairly clear policies and regulations that favour mini-grids. Nigeria has issued regulation detailing the framework for the establishment of mini-grids. Uganda is currently developing a mini-grid framework with the support of various donor programmes. Similarly, Rwanda has been in consultation with private mini-grid companies in the development of their mini-grid framework.

The Southern African Power Pool
A good sign that the power market is maturing is the increase in trading activity in the Southern Africa Power Pool (SAPP) in the last 18 months, which is beginning to show signs of a functional power pool. The SAPP currently serves more than 300 million people and has an available generation capacity of 67.19 GW. A total of 2,124 GWh was traded on the SAPP market during 2018, resulting in USD 106.6 million being exchanged on SAPP’s competitive market. Current operating members of SAPP include Botswana, Democratic Republic of Congo, Lesotho, Mozambique, Namibia, South Africa, Swaziland, Zambia and Zimbabwe. Namibia’s move to allow bilateral trading is expected to extend into the use of the SAPP. As the approval of the relevant utility is required for a person to become a participant in the SAPP, these signs are positive.

Countries to watch
In terms of sub-Saharan Africa countries to watch for corporate PPA opportunities, Nigeria, Ghana and Kenya stand out, based on positive economics and relatively accommodating regulatory systems. Senegal, Uganda and Rwanda, with increasing grid tariffs and reasonable momentum in renewable energy adoption, also offer opportunities. However, due to the small nature of the commercial and industrial power demand, the scalability of project portfolios appears to be limited.

South Africa, being the most industrialised economy in Africa, is often considered a good starting point for corporate PPA development. Regulatory and policy uncertainty have been the main reasons why adoption has been relatively low. However, continued increases in Eskom supplied grid electricity tariffs has resulted in a notable increase in corporate PPAs over the last 18 months. This is expected to grow further once the Integrated Resource Plan is finalised and regulations are aligned.