Brexit Fight... Johnson Is Nervous And Wants To Suspend The British Parliament. 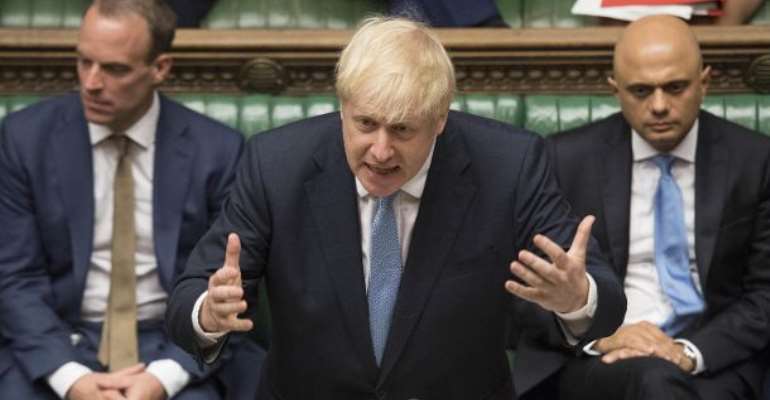 Resistance to Johnson
Labour leader Corbyn met with representatives of five other parties to formulate a plan against a no-deal brexit. Before the Brexit date on 31 October, Boris Johnson wants to enforce a parliamentary recess. This would make it almost impossible for the members of parliament to prevent a No-Deal-Brexit by law.

The British government wants to extend the parliamentary recess until mid-October. This was confirmed by the British government. In order to prevent opposition by members of parliament to a Brexit without an agreement, the first session should not take place next week, but only on 14 October - i.e. two weeks before the planned departure date on 31 October. The British pound immediately plunged by almost one percent.

What the 55 year-old (19 June 1964), Boris Johnson is now planning is also called "proroguing"(a temporary suspension of Parliament.) and means that MEPs will retain their seats, but no debates and votes - and therefore no vote of no confidence - can take place. A parliament was last adjourned in 1948, the only way to enforce a law limiting the power of the House of Lords.

The pressure on Prime Minister Boris Johnson had grown considerably recently. Opposition leader Jeremy Corbyn has announced a vote of no confidence against Johnson next week. On Tuesday, six opposition parties also confirmed at a meeting that they would definitely prevent an EU resignation without an agreement.

Johnson's camp has only a wafer-thin majority of one vote in the House of Commons. Resistance had already formed on Tuesday against possible plans for a forced longer summer break of parliament. Some 160 MPs signed a declaration warning Johnson not to bypass the House of Commons. Such a move would trigger a "historic constitutional crisis," they warned.

Violent reactions from Johnson opponents
Ten days ago, more than a hundred MEPs had already called on Johnson to recall Parliament immediately from the summer recess for deliberations on Brexit. In a letter, MEPs called for Parliament to be reappointed immediately and not to take a recess until 31 October.

MEPs reacted indignantly. "Quite scandalous," commented Conservative Dominic Grieve, who is vehemently opposed to leaving the EU without an agreement. This makes a vote of no confidence against Johnson more likely, he told the BBC. He himself finds it harder to have confidence in the government if it really wants to send Parliament on a forced break. "Boris Johnson is trying to use the Queen to concentrate power in his own hands," Labour MEP Yvette Cooper wrote.

Johnson stressed that he remains interested in a Brexit agreement. "Parliament will have a chance to debate the government's programs and its handling of Brexit before the EU summit and vote on it on 21 or 22 October," Johnson wrote in a letter to MEPs. The EU summit is scheduled for 17 and 18 October. "If I manage to negotiate a deal with the EU, Parliament will have the opportunity to adopt the law necessary to ratify such a deal before 31 October.