From The North-K Girl: My Ordeal With My WASSCE Results 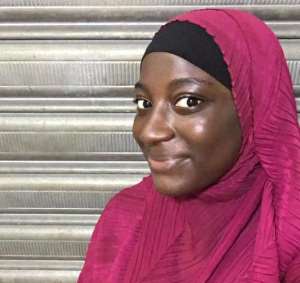 Permit me to share my story with you all. It is a story that put me in a state of humility whenever it crosses my mind. It has not been an easy journey; a difficult chapter it has been in my life. But as the cliché goes “time heals all wounds.”

I visited a very close friend of mine long after we completed Senior High School. We were ecstatic to see each other as we last met during our final sit of our West Africa Senior Secondary School Certificate Examination. We hugged and giggled (you know how we ladies do it).

After, we sat and had a long conversation with regard to the WASSCE results. Without mincing words, I told her I do not know my fate at that moment because my elderly sister had asked for my index number to check. Though my friend stated that she will check hers that night, her face lost its usual appeal. I realized she was unhappy, swiftly, I had to calm her by reminding her how astute and a keen student she was. She smiled, shrugged and said that wasn’t the case rather, and our class rep had 5 Fs. Yes 5 Fs. You know the rest. I left with this sad news. It wasn’t my results but my mood totally changed.

Interestingly, my mum, dad, and elder sister were seated at the threshold of our door when I got home. I got palpitation when I saw them at the doorway because that was outlandish of them. I greeted and they all remained to shush. A clumsy moment it was.

Dad instructed me to take that sheet of paper lying on the table. I got transfixed in the position I was. My result right in my face! I had sunk woefully. That feeling. Goose pimples. I knew I was failing Mathematics, Accounting, and Science; little did I know that I was failing Costing as well. Ironically, I was the known student who went round campus organizing classes and teaching my seniors LIFO and FIFO. I had 5Fs. It was an abysmal performance that I could not sleep, dine wine or even talk to my family because it was embarrassing. It ate me up as the days went by.

My family took a unanimous decision that I needed to go back to secondary school again. It was a tough decision. An austere man and disciplinarian my dad was, I could not utter a word or say my opinion as I was also entitled to my opinion. I was not gutsy enough to say my mind in my father’s house. All I needed during that hard moment was someone who could encourage and assure me of a very sanguine future. Haplessly, there was no one around to lean on. I understood how disappointed they were. Albeit my elderly brother was also disappointed, he had no choice than to give me the command I will go back to secondary school till I gained admission for university too. It was a daunting task but I needed to psyche my mind in a bid to start afresh.

As draining and daunting as it was, I left home early hours of the mornings and got home when it was dusk all in a bid to avoid answering some questions which could bug me. My neighbors thought I was that condescending girl since I did not really socialize with people. That was innate, the girl hiding behind closed doors. My first week in school was hell seeing girls you’re older than sitting in the same class as you. I was in class entirely every day, no breaks, nothing. Just after two weeks, a timetable for a midterm exam was out. Really! I just joined and this was a different course. This was General Arts. If I had my way I wouldn’t have written the exam. This was because I was scared to fail again. I managed to sit for the exams and surprisingly, results are pasted all over school after each exam. After mid-term school resumed and results were out. Everyone went out to check their results. I was reluctant to check mine because I didn’t believe it will go on well. I didn’t open up to my classmates because I wasn’t friendly. Besides I was fighting my own battle. Out of the many brilliant students I was amongst the best 3. This made me one of those crème de la crème. Wow! So I wasn’t a failure after all. At least I took over that position till I completed SHS again. I’m now in the premium university going to the next level.

To truncate this story I wouldn’t have made it without the unflinching determination I had. It’s never late to start the journey all over again.

NB: The Writer is a Student of University of Ghana and also a Member of Success Book Club.

JHS Not Increased To Four Years Or Reduced SHS Duration – Na...
45 minutes ago

We've Been Begging To Survive Over Closure Of Our Shops – N...
45 minutes ago