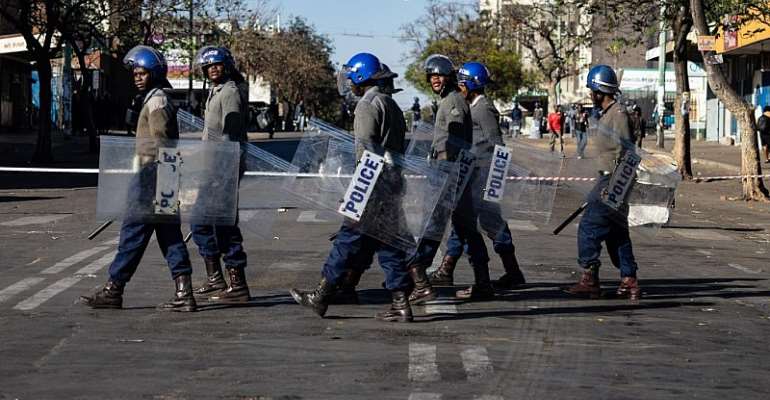 Zimbabwe police have shut down the second city of Bulawayo to prevent protests over worsening economic conditions. But the main opposition Movement for Democratic Change vowed to defy the demonstration ban backed by court order.

The Bulawayo march was scheduled for three days after riot police used batons, whips and teargas to break up demonstrations in Harare on Friday. Several people were injured and more than 90 arrested.

The “Free Zimbabwe March was the first protest to be staged in the capital since President Emmerson Mnangagwa's decision to hike fuel prices by more than 100 percent – which sparked nationwide demonstrations that left 17 people dead, the Standard reportEM Image: 200 million Zimbabwean

500 percent inflation
“The economic situation has continued to deteriorate especially after the introduction of a new Zimbabwean currency," says Kholwani Nyathi, editor of the daily.

“The price of fuel goes up every day pulling along basic commodities such as bread and medical drugs, with experts putting the latest inflation rate at 500 percent. Because efforts to bring in foreign investor have not borne any fruit, there are doubts whether the government is in a position to do anything about the situation,” he added.

Looming hunger
Up to five million Zimbabweans, about a third of the country's 16.5 million people, are now in need of food aid, according to the latest UN statistics.

The state-owned Herald, for its part, praises the government for “standing firm on the illegal demonstrations”.

The publication defends remarks by Foreign affairs and international trade minister Sibusiso Moyo denouncing the MDC Alliance's “deliberate scheme, timed to coincide with the start of Zimbabwe's mandate as chair of the SADC troika, “just to paint the country in bad light”.

Mnangagwa critic jailed
While Zimbabwe's high court struggled to find legal arguments to uphold the ban peaceful protests enshrined in Zimbabwe's constitution, the judiciary has come under criticism for the controversial jailing of a traditional ruler.

Newsday reports that Chief Nhlanhlayemangwe Ndiweni, an outspoken critic of Mnangagwa, was on Friday handed an 18-month prison sentence by a Bulawayo court for his alleged role in the destruction of crops belonging to one of his subjects.

The very prominent traditional ruler from Matabeleland, was not harshly punished for the crops worth a mere 27 euros, but because he's been quite vocal against the government, unlike other Zimbabwe chiefs who are known to be pro-government, argues the Standard.

Daily News, makes a mockery of government claims that the wave of abductions and torture of civil society and opposition activists is the work of loyalists of former president Robert Mugabe.

According to the Standard, the actions by the security forces discredit Mnangagwa's claims that he is different from Mugabe, who had a reputation of being a brutal dictator.