“Anything A Man Can Do, A Woman Can Do It, Even Better.” This Gender Wars Are So Unnecessary 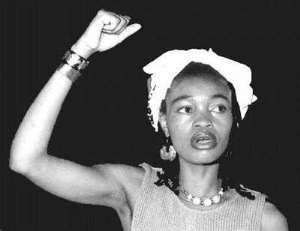 This gender wars are so unnecessary. Feminism in any part of the world is built upon that maxim. If the adage “anything that a man can do, a woman can do it even better” is something that is not said to the birds, but a reality, then why are women still seeking equality from men and from authority?

To go straight to the point, it is high time we put aside the debate, or the contest or whatever you choose to call it, between men and women about equality, equalization, compensation, or whatever. I hate seeing women suffer unfairly and foolishly under the guise that they are the weaker sex. Being called the weaker sex is very bad, but accepting the notion that “I am a woman, and vulnerable, so I need to be considered in so many ways, give me what I deserve (or what I do not deserve), not on the account of ability or merit, but on the account that I am a woman,” this is the worst preaching ever! This is the uninspiring argument most feminists always propagate when they try to highlight the value of womanhood. For God’s sake, with great humility, this argument is so uninspiring to the point that a girl child will not strive harder to change the narrative, but will live with the mentality that a girl should not work harder to achieve the same successes as a man, but only need to show the 'breast' or anything feminine, to get the same thing as a man through gender equality.

Anything valuable is that which the owner did achieve with own ability and sacrifices (and not stolen). Unlike some women who have achieved so much in many fields, many others are so caught up on gender and raised on so much irrational fear that they simply hold themselves back. End of the day, if a woman can produce solid genuine results in any job/field, she make it.

Women professors, medical doctors, successful business women, lawyers, etc did not take a sudden flight to greatness or stardom. Their achievements and successes are respected and celebrated, because they wrestled hard, they boxed, they persevered, and changed the surrounding narrative, with no Affirmative action laws.

After many years of women enslavement, women now have more rights than any species alive, more Affirmative action laws, more quotas for women, higher enrollment in schools, yet women are still fighting for equality in politics. How can women become equal to men if they still believe their destiny, uplifting, etc, are in the hands of the men to decide? The equality of women is in women hands and not men!

Becoming a political figure in any part of the world is through a ballot. God, in HIS goodness, has created more women than men, yet voting always favour the male candidates. It is high time females demanded answer to this unfortunate happening from a female and not male. Women are their fellow woman problems.

Equality is an illusion, men are created differently with certain things that are exclusively preserved for them, just as there are certain things that a woman naturally has exclusive monopoly over. A woman doesn’t need to be equal to a man to be a better woman. Irrespective of what sex positions adopted in bed, a woman will eventually be the one to conceive and the man will not. That is not to say one is superior and the other inferior, the same way a mango cannot be better than an orange. Both fruits taste differently unique.

Women must understand that a man will not give up his place to a woman because she is a woman. That is inequality and disempowerment.

Men should, however, see women as human. Let us support them as they go about with their lives, and they deserve the same respect and safety as every one of us. The problem is how some men abuse human beings (both male and female). Most human beings are subject to this in their own home, running in the park and in the workplace. It MUST stop!

We should rather fight for equality for Human Beings, and not women because human equality is a woman equality too.

E-levy has been approved, we just need backing legislation –...
56 minutes ago