Disqualifying Based On Height Is Discriminatory And Archaic 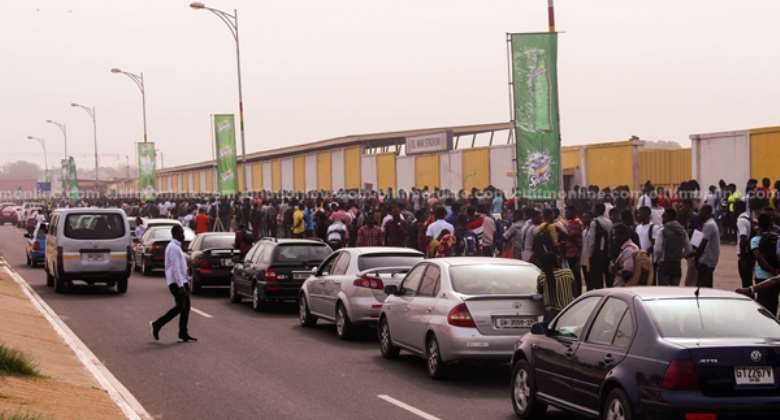 Several applicants have been disqualified in the ongoing Immigration service recruitment process because they failed to meet the 5”8 and 5”4 height requirement for males and females respectively. The purpose of that public display of applicants disqualification, I was told, is to announce to a potential applicant in the future who does not meet the announced requirement therefore decide that applying for the job would be futile.

To be enlisted into any of the security agencies such as the police, military, custom service, Immigration and even firefighters in the country, the applicants would be formerly screened by strict adherence to this proportional height requirement.

Isn’t it surprising that someone’s height will qualify/disqualify him/her from being a good Immigration officer? In the 21st century, we must do away with the archaic screening standards. Height is not job related. Height bores no relationship with competence.

The height argument is similar to saying that short individuals could not see properly or operate the controls of a bus, and therefore cannot get a license to drive. This problem could be cured by installing adjustable seats on some vehicles and to a lesser extent, adjustable steering wheels, as seen on all cars. The point here is technology should be applied more in the modern day Immigration job and not being a “machoman”.

Obviously, the reasons for these minimum requirements are based on a misconceived notion that physically heavier and taller people are also physically stronger, taller people have public preference, shorter people in uniform will not be respected and their command not obeyed.

I believe the recruiters will argue that the minimum height requirement is necessary for the safe and efficient operation of the Officer’s business. That taller officers enjoy a psychological advantage and thus would less often be attacked, would better able to subdue suspects, and could better observe field situations. These self-serving, subjective assertions does not constitute an adequate defense. They do not fairly and substantially relate to the performance of the duties of an immigration officer.

Realizing that large number of some people belonging to some ethnic groups are averagely short, indisputably. For instance, the Asantes. This is discriminatory!

A human characteristic like height is nature and beyond anyone’s control to warrant disqualification when failed to meet human preferred inch standard, such a blasphemy! It is an immutable characteristic neither changeable nor subject to one's personal control and ought not to be punished or categorized disability to the security agencies.

If the recruiters wanted to measure strength, it should adopt and validate a test that measures strength directly. For instance, if agility/ability test is conducted, for required applicants to, among other things, carry a 150 lb. sandbag up a flight of stairs and scale a 14-foot log wall. The qualified in this test , I suppose, and commonsensically, can not be all the tall people and the disqualified cannot be all the short people.

Therefore, the imposition of the requirement is discriminatory since it is hard to establish the existence of a valid relationship between strength or competence and height. In this respect, the recruiters cannot rely on unfounded, generalized assertions about strength to establish a business necessity defense for use of minimum height requirements.

This is the height of deception and trickery, an insult to all short human beings.

The last time I checked, there is no height requirement for national presidential position, and no one had ever been rejected based on height, as such shorter people must be given the freedom and the opportunity to dream.